Encouraged from childhood by his father, an American aeronautical engineer, James Turrell became a pilot at the age of sixteen. As a teenager, he spent his adolescence thousands of meters above the ground, in the air, in the heart of the immensity and the clouds. It was at this time that his fascination for light, space and abstract forms was born. In his cockpit, Turrell experienced this paradox: feeling of confinement in the middle of infinity, the solitude facing the vastness of the world.

He will devote his life to transcribing this paradoxical feeling, this celestial vision of the world by dispersing his "Skyspaces" on Earth. These strange little rooms, these closed spaces whose ceilings open towards the sky, invite introspection and contemplation. Through these immersive works Turrell offers the viewer an intense artistic experience. The light installation, of a pure aestheticism, is practically therapeutic. As for the silence that reigns in these confined spaces, it is of a troubling depth. Mystical, these places of art are reminiscent of the Tibetan monasteries that the artist discovered during his military service. We also think of the quiet and white Orthodox churches scattered throughout the Cyclades, or any spaces evoking recollection and appeasement.

To this spiritual dimension is added a totally futuristic and avant-garde vision of the artistic experience. His minimalist and conceptual approach was already totally new in the early 1960s, but Turrell continues to revolutionize the art world today. In 2019, rapper and composer Kanye West held his "Sunday Services", a unique artistic and musical experience in the gospel tradition, at the Roden Crater, a volcanic mountain in Arizona that Turrell has been transforming into a work of art for the last 46 years. The artist spotted the dormant volcano from the window of an airplane: "It's a place where you feel like you're standing on the surface of the planet," he says. The goal of this collaboration is to link music, space and light in order to reach a state of total well-being.

For the fervent followers of Beauty, James Turrell has created a pilgrimage of these holistic and almost magical "Skyspaces" on Earth. In the heart of the turmoil in Los Angeles, in a forest in Japan or at the top of a mountain in Switzerland, you will find a small room, a space of voluntary confinement, where you can rest, meditate and contemplate. 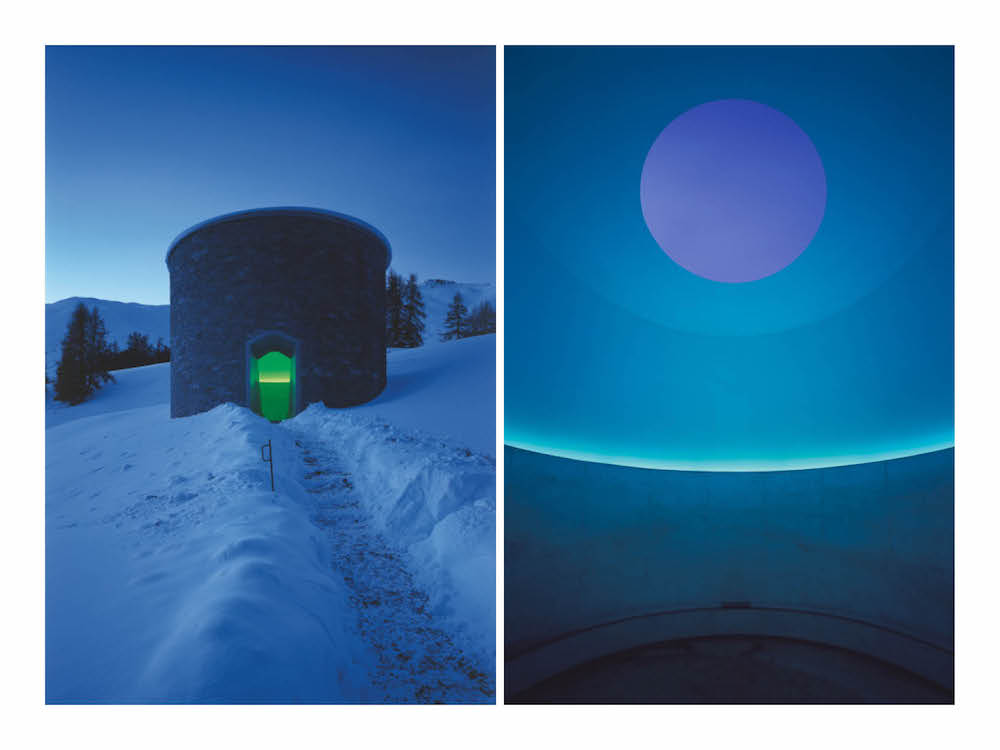 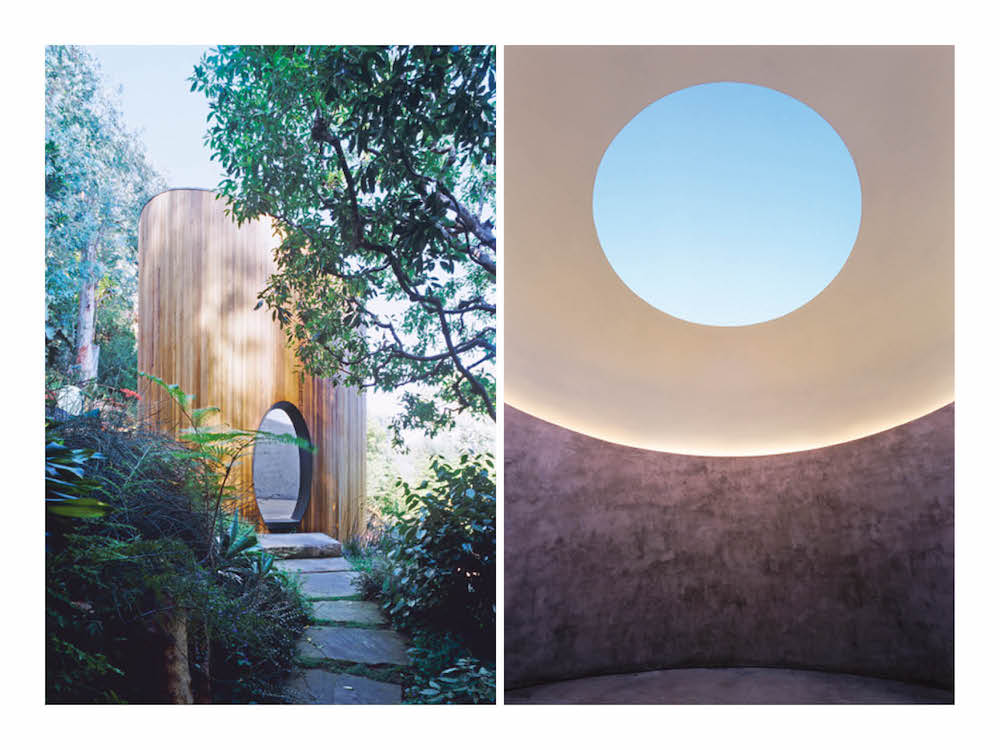 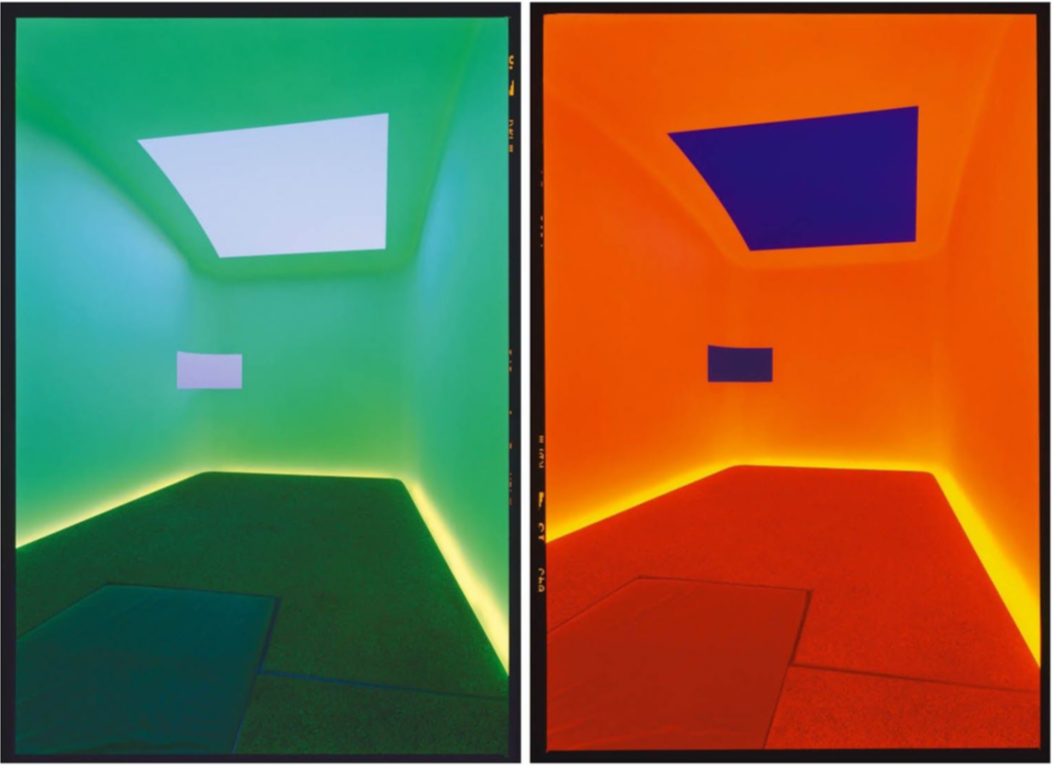 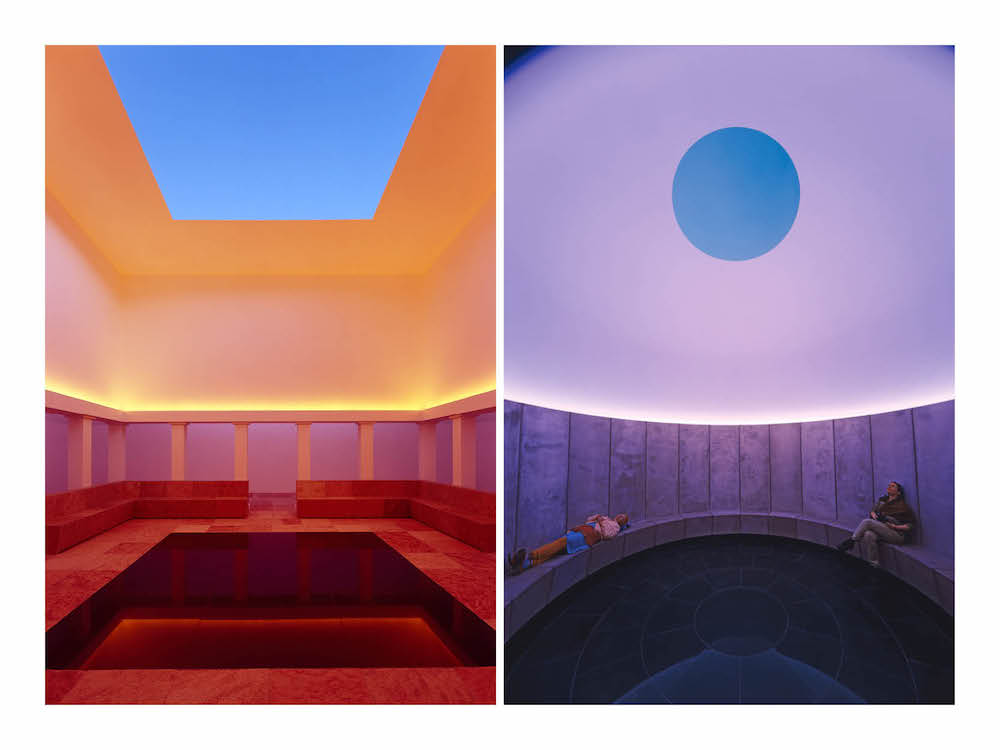