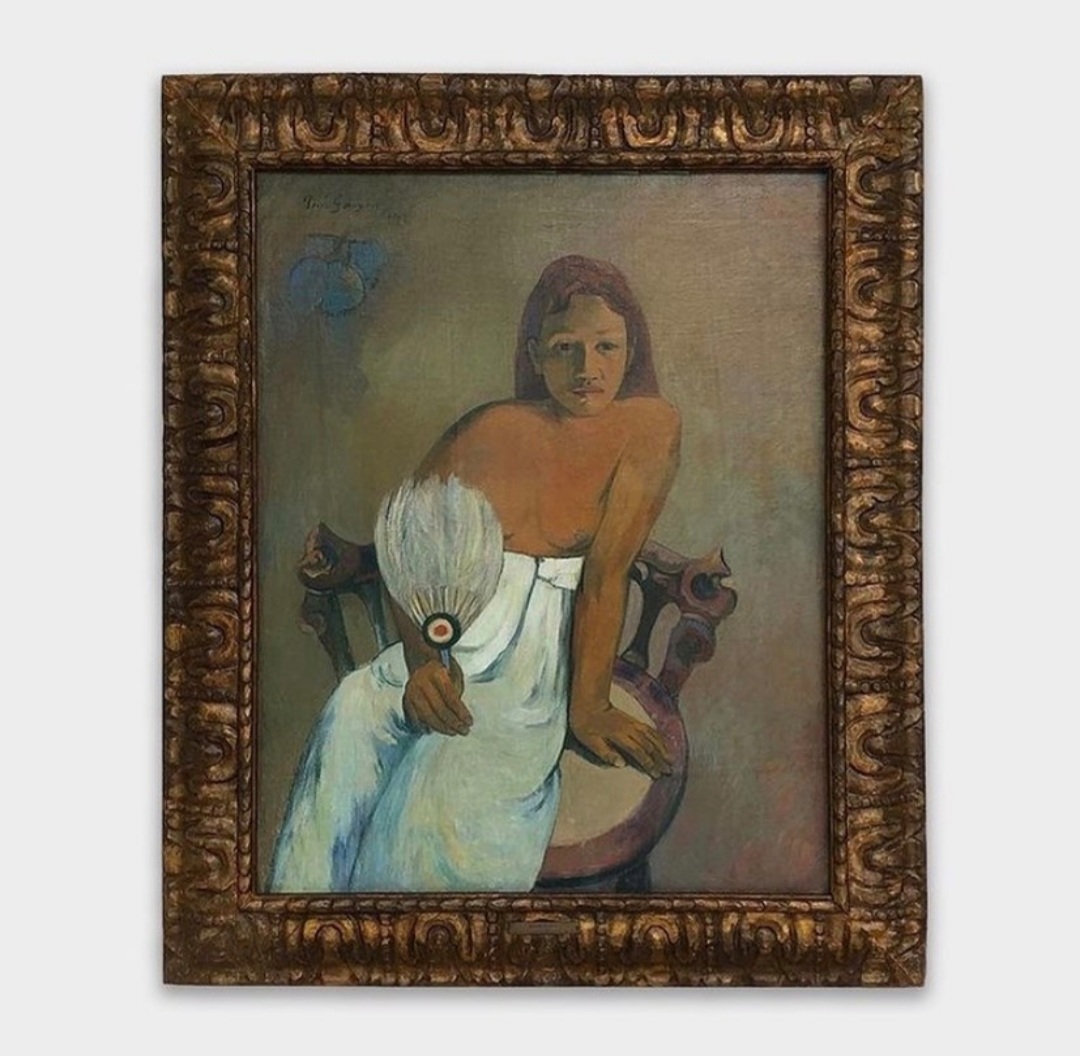 The painting Femme à l'éventail (1902) belongs to the very prolific Polynesian cycle that Paul Gauguin began when he left France in the 1890s and set out on the traces of a primitive way of life on the other side of the world. This exotic journey will change his life. Gauguin gets a taste of the original essence of man, he touches with his finger the not yet fallen Eden, the wild life praised by Jean-Jacques Rousseau, the sweetness of an unperverted earthly paradise... Gauguin will only return to France once, to exhibit his work and to convince his contemporaries of the merits of his exotic quest. But it will take him a few years before he returns to his island in the Pacific and when he finally arrives, Tahiti is no longer the same. Colonization and civilization have tainted the island and its inhabitants that Gauguin found so free.

Desperate to have lost forever his Tahiti of yesteryear, the wild piece of land that had inspired his search for simplicity in shapes and colors, sick and ruined, Gauguin fled to the island of Hiva Oa, one of the Marquesas. In this blessed place, he built a building with carved wood panelling, rediscovered the inspiration that had escaped and spent the last years of his life. There, he will realize several canvases, less known and simpler, including his Woman with the fan . In one of his manuscripts, the painter confides with lightness: "My canvases of Brittany became rosewater because of Tahiti; Tahiti will become cologne because of the Marquesas." Indeed, this portrait of Tohotaua, a woman of breathtaking beauty, wife of the village sorcerer, created from a photograph, is different from those done in Tahiti. Gauguin has removed every element of context, every superfluous detail, here the subject is the subject, there is no more room for mystical ornaments. This painting is also a little sadder than his previous ones, darker it shows the isolation and distress of the artist. Darker then, but perhaps even more beautiful in all its simplicity and purity.