"A curator said my work stopped time. I think it comes from the fact that we are all obsessed with our differences, when we are mostly made up of similarities. My wife is Chinese from Hong Kong. When I exhibited my paintings there, her father recognized himself in one of them when it was taken from a 1935 photo in Poland or Hungary. It happened very often. By removing a few details, no matter how small, the images change, intertwine and speak to everyone. "The painter Gideon Rubin raises here one of the great paradoxes of his work. The artist erases the faces, the details, the features of his portraits. Everything that makes a person is erased. Everything that could serve as a temporal milestone or a place is avoided. This is the heart of Gideon Rubin's artistic approach since 2001. 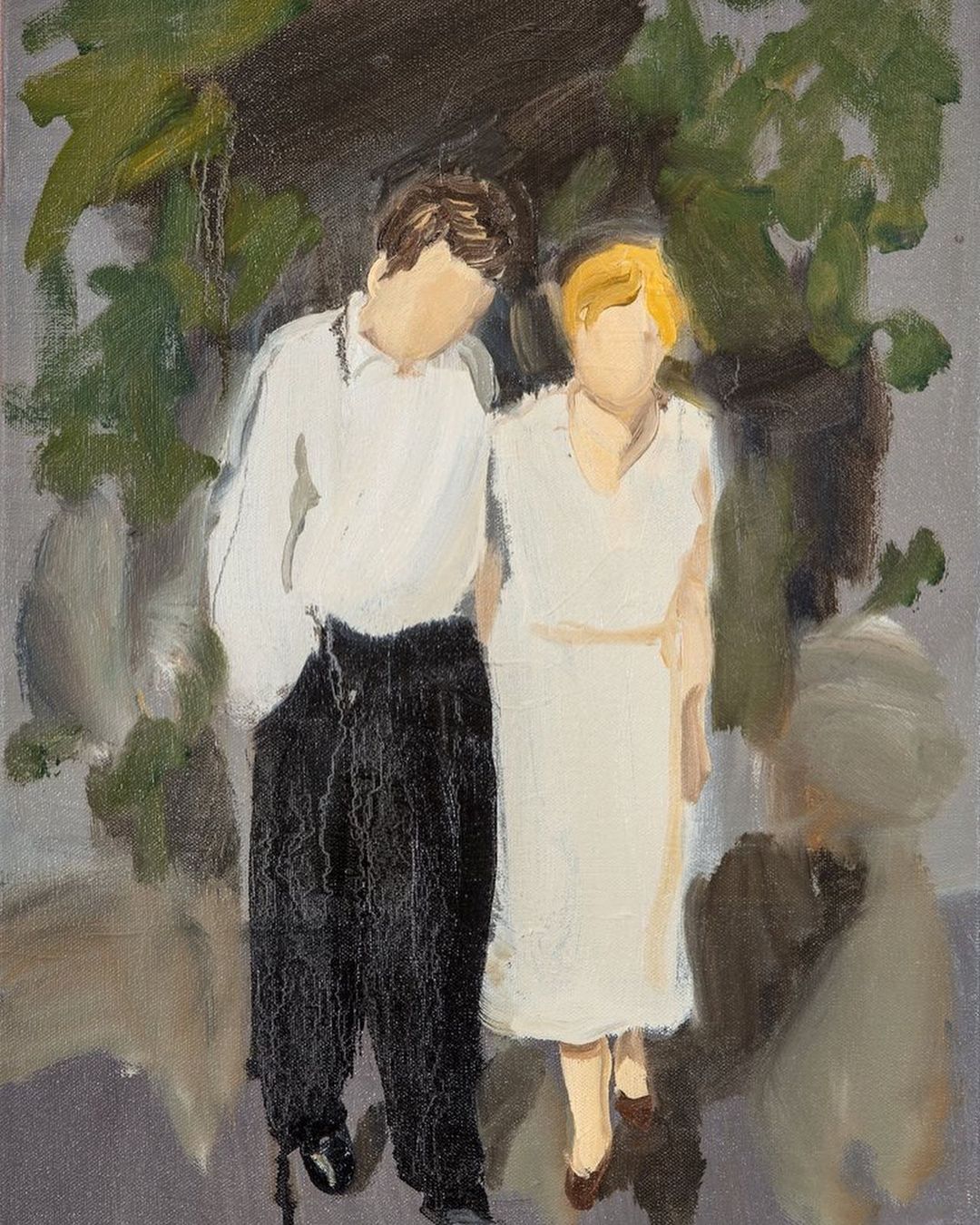 Yet, and this is what is interesting in this work, this systematic erasure of faces opens a door. There are no more limits to interpretation. Rather than representing specific identities, each viewer can recognize in these portraits a memory, a silhouette or a precise inspiration. Gideon Rubin's figurative work is therefore extremely subjective and borders on abstraction. 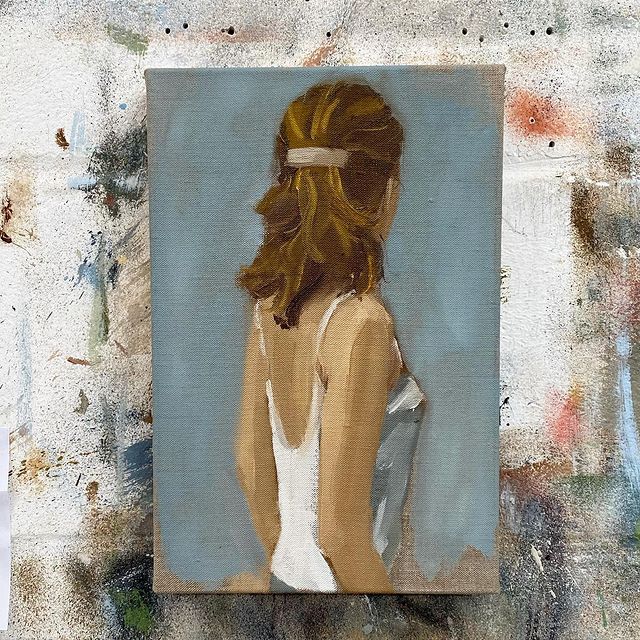 On the occasion of his exhibition at the Parisian gallery Karsten Greve, Rubin presents a series of ten canvases in various formats. Several sources compose his works: tributes to some of the great artists of the 20th century such as Richard Prince, Philip Guston or Willem De Kooning, but he also integrates details taken from old photographs found in old newspapers. He uses canvas or natural linen as a support and leaves some parts blank, thus integrating the background of the painting into the overall composition. Rubin likes to mix periods, he presents us for example a large format entitled Seven Girls in Uniform in which we recognize postures and outfits that would rather make us think of an inspiration from the beginning of the previous century. But further on we see very small formats, painted quickly on pieces of cardboard, we think we can guess the silhouette of Megan Markle and Prince Harry, an outfit worn by the model Bella Hadid, the hairstyle of the pop singer, etc.. Representations that evoke social networks, the tabloid press, and ultra-contemporaneity. 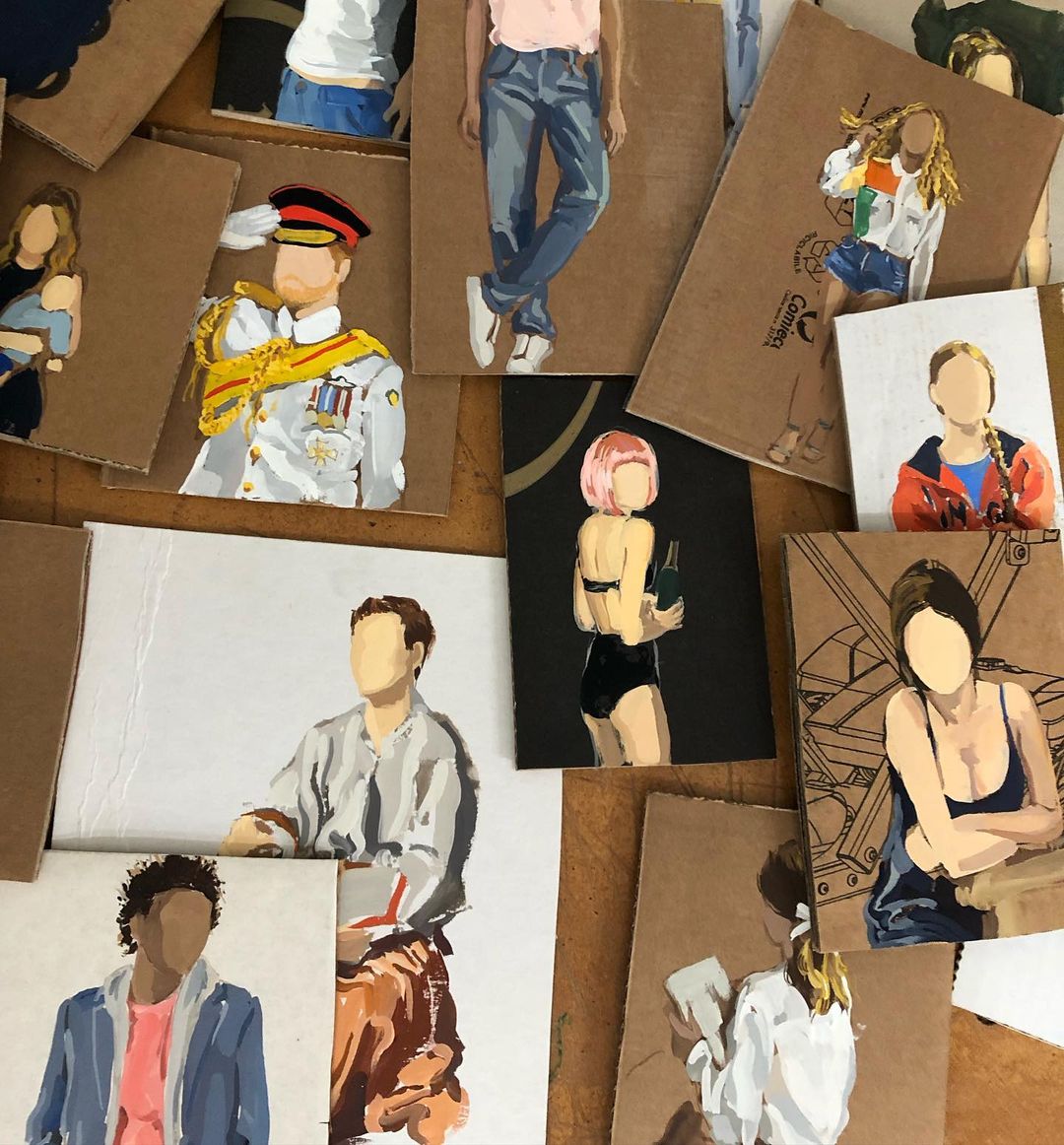 Gideon Rubin crosses times and places, giving support to our imagination and our interpretation. He also intelligently questions the importance we can give to appearance. In a society in which we live in masks, hiding our faces from the world, but where paradoxically facial recognition has never been so much a topic of current interest, Rubin's approach and questions are incredibly relevant. 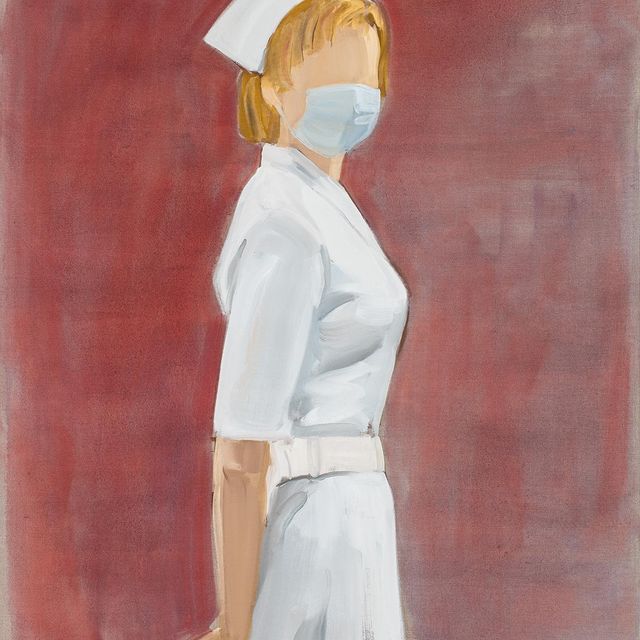