A published poet at the age of ten, ice skating champion at sixteen and, one of the only female members of the very select Artist's Club, a group of avant-garde New York painters and intellectuals... Joan Mitchell is a fascinating artist, although often described as "tough" and "complicated", who was instrumental in the evolution of American Abstract Expressionism.

Joan Mitchell grew up in Chicago, then moved to New York after studying literature and art. She dropped her suitcases in a studio on 11th Street, in the East Village, cradle of the "Downtown Scene" and of what is called "the New York School". The latter is not a constituted movement but rather an approach to Abstract Expressionism shared by many artists including Pollock, Motherwell, de Kooning, Rothko, Kline, or Still. 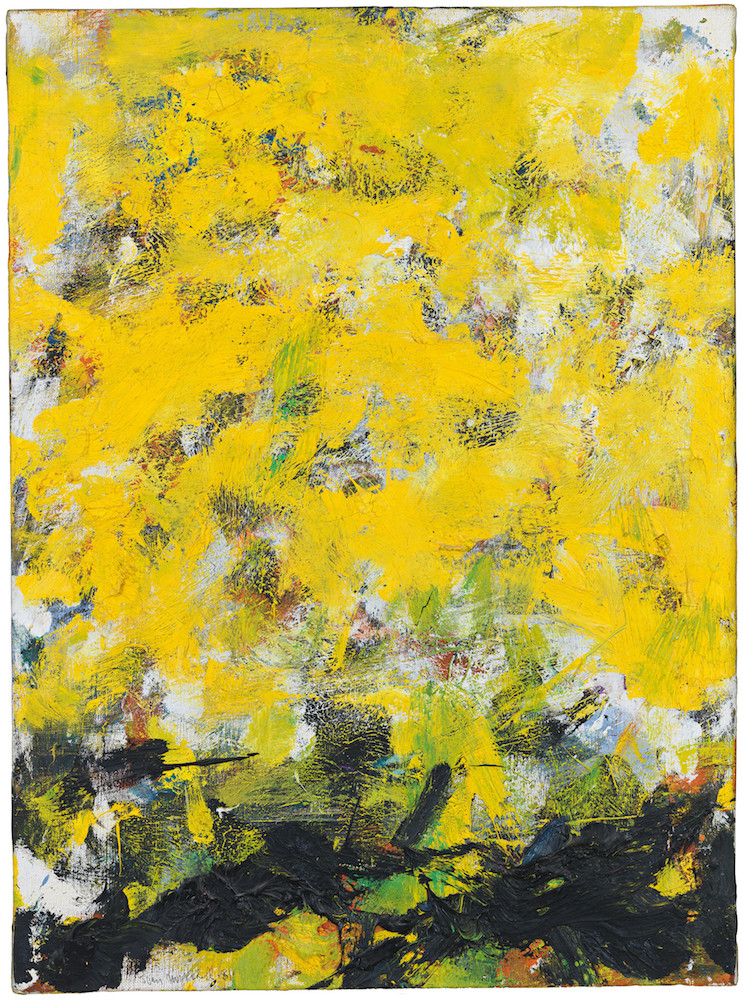 In New York, she spent her evenings at the Cedar Tavern with members of the Club, visited exhibits in Leo Castelli's gallery and went in the Hamptons for summer vacation. In her studio she brings back memories of landscapes, an impression of the beauty of nature. "I paint," she said in 1986 in an interview with the critic Yves Michaud, "from recollected landscapes that I take with me and the memory of the feelings that they inspired me and which, of course, are transformed," or "I prefer to leave nature to itself. I do not intend to improve it, I will never be able to reflect it. I prefer to paint what it leaves me inside". With a striking freedom of gesture and an exquisite taste for pure colours, she puts on canvas, with energetic brushstrokes, the vegetal world and her memories.

But New York suffocated her. She became temperamental and cruel, sometimes making friends break into tears at dinner parties; she piles on excesses and even tries to kill herself. She fled the United States in 1959 and found refuge in France. It is there that she will meet the artist Jean Paul Riopelle with whom she will share her life for more than twenty years. Together they settled in Vétheuil, a small village in the Loops of the Seine that had welcomed Claude Monet a few decades earlier. Surrounded by the nature she loves so much, she experiences the most prolific period of her career: dyptic, tryptic and even a series of twenty-one canvases entitled "La Grande Vallée". Mitchell feels the urgency to paint and translate what she feels. In 1974, she confided to curator Marcia Tucker: "Music, poems, landscapes and dogs, these are the subjects that make me want to paint... And painting is what allows me to survive”. In spite of difficulties and obstacles it is this energy, this thirst for life, this wonder in front of Beauty, that transcends through the sharp and harmonious strokes painted by Joan Mitchell on her immense canvases. 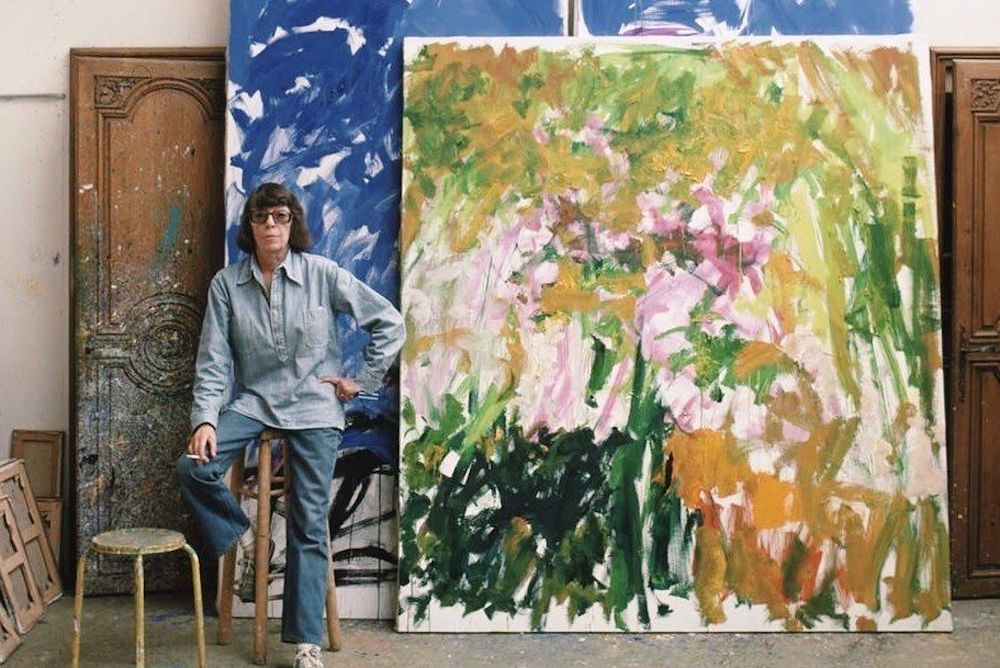