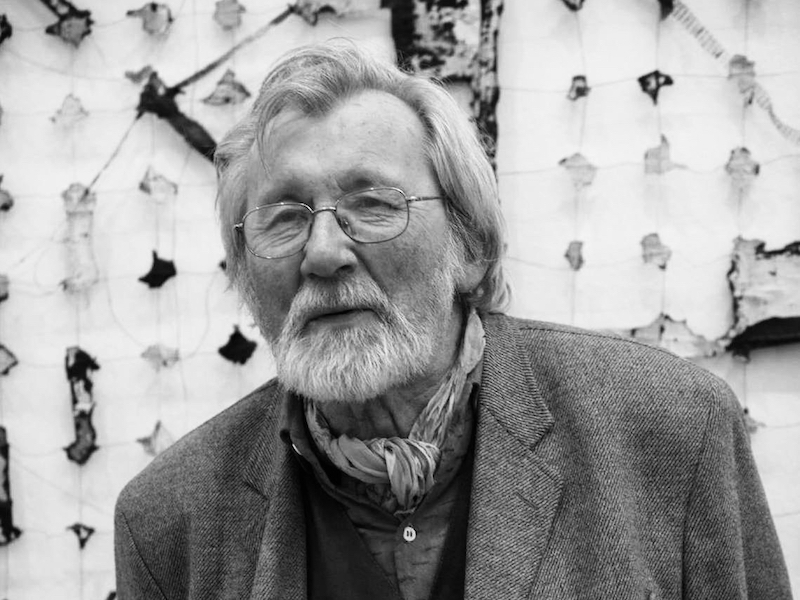 Polish artist born in 1934, in Lesko, Poland. He studied at the School of Fine Arts in Warsaw and trained as a licier. He wove monochrome and compact forms. Then the support is oriented at least, while continuing to favor the frame and the rhythm, the space and the full / empty relationship, in a double movement of construction / deconstruction. The richness and originality of his work are in keeping with the strength and sometimes the violence that emerges from the apparent fragility of the materials he uses.

From his first works woven in the 1970s, he quickly moved to pieces using paper (kraft, newspaper ..) while retaining the halftone structure, then designed a technique that allows him to "capture the random until it ends an entirely personal pictorial writing based on rhythmic alternations "by transposing elements from weaving into paper.

As early as 1978, Edward Baran produced his first papers "hollowed out" sometimes also called "free" or "torn". On a network of intertwined threads, warp and warp, he poses several layers of paper, which he then glues and paints in ink or paint. Finally comes the elimination of the surface by tearing, which reveals voids and structure space.