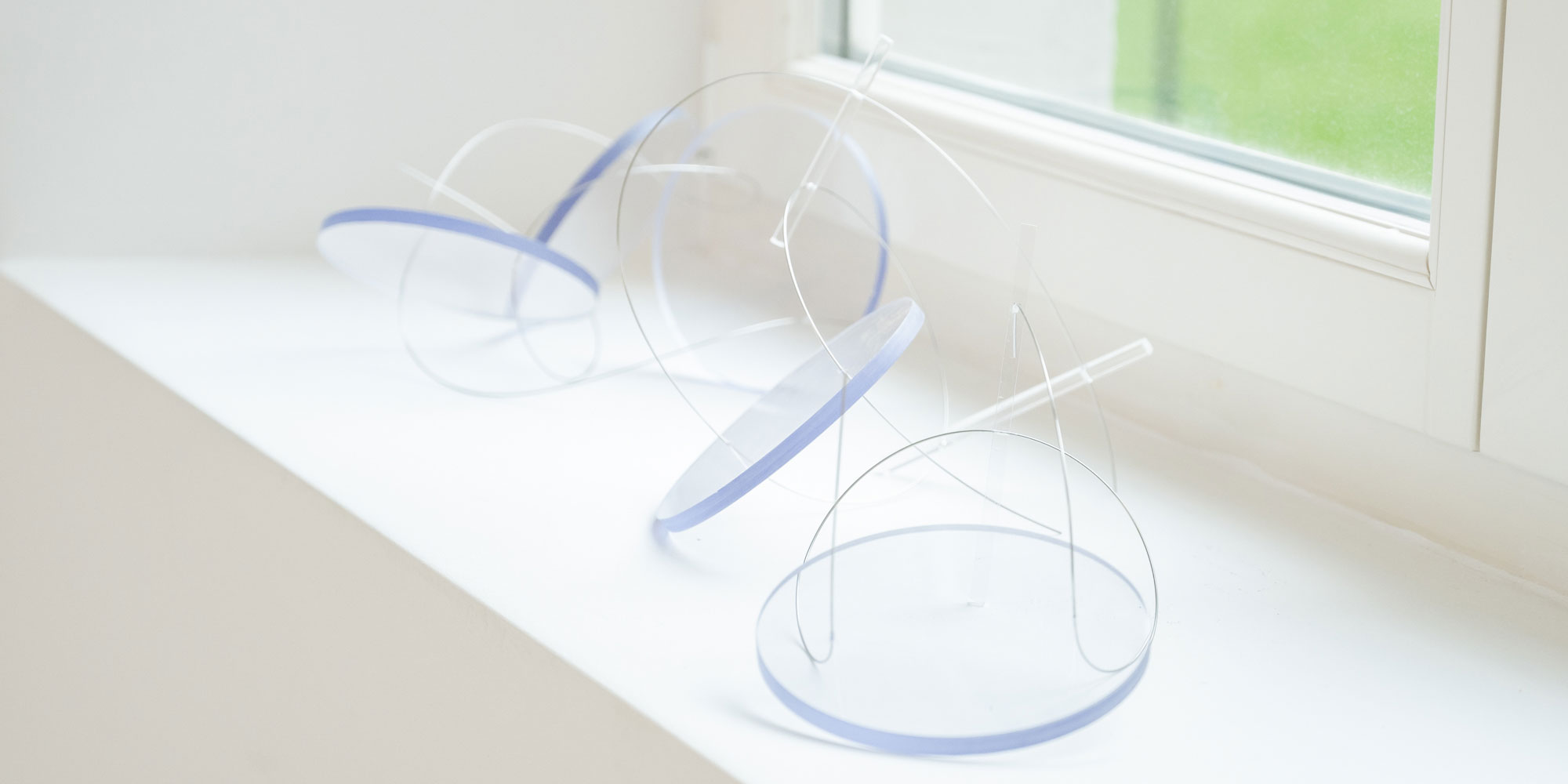 At first, the search for balance has been imposed.

From warm wood, the tensioned arches are put together, are opposing each other, are placed on top of each others, etc.

Through the discreet impulse of the air and light, those movable structures draw writing into space and reveal a graphi drop shadow.

Currently, I chose Plexiglas for its capacity to capture light by its transparency. Into its mobility, it appears and disappears with the light by releasing the line, which became evasive/imperceptible.

The colour accentuates the light’s game that vibrates on the piano wire, gaining in fluorescence, depending on the magic of the moment. 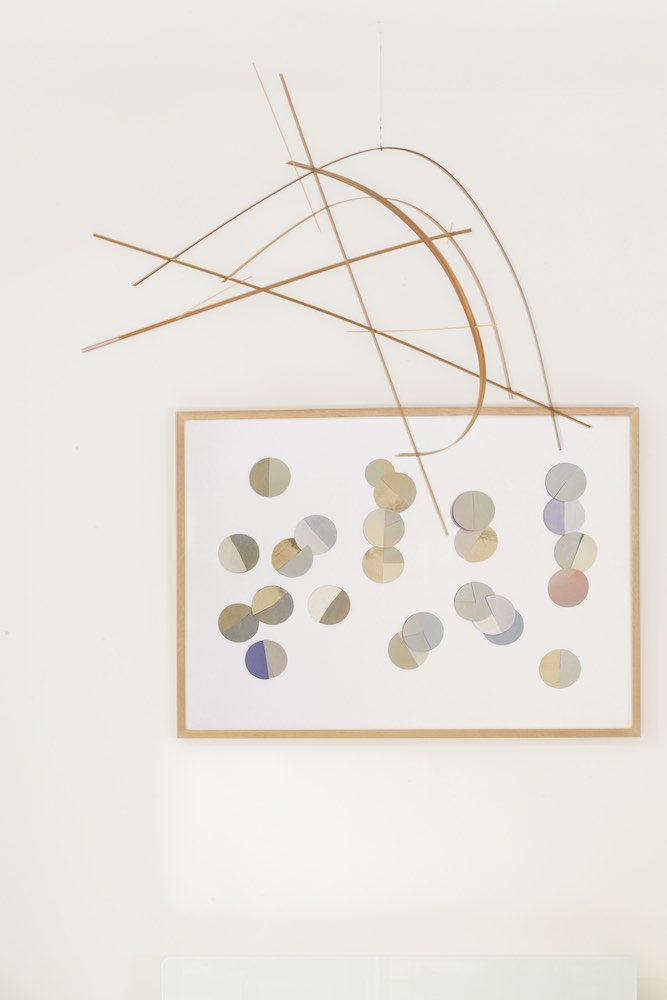 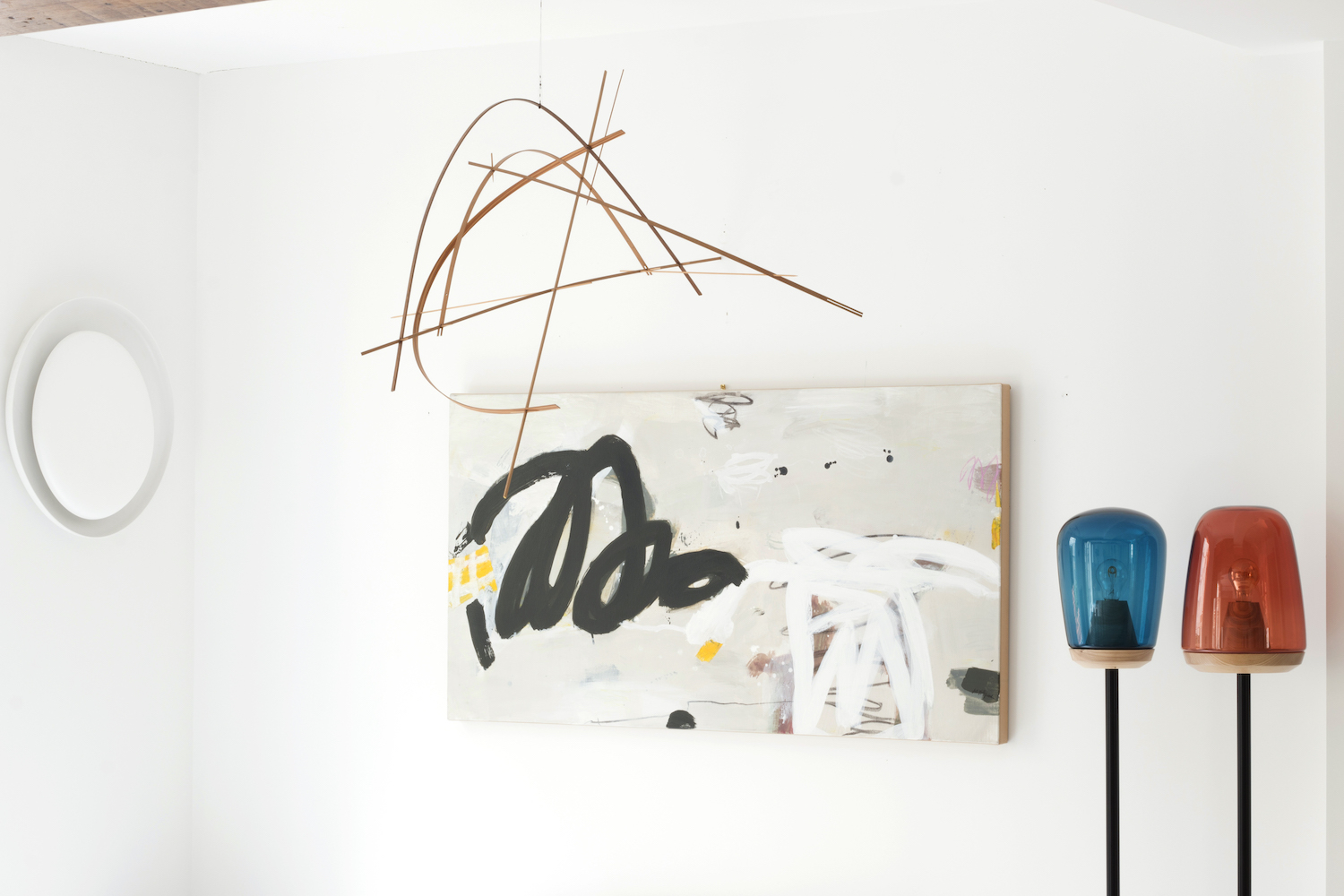 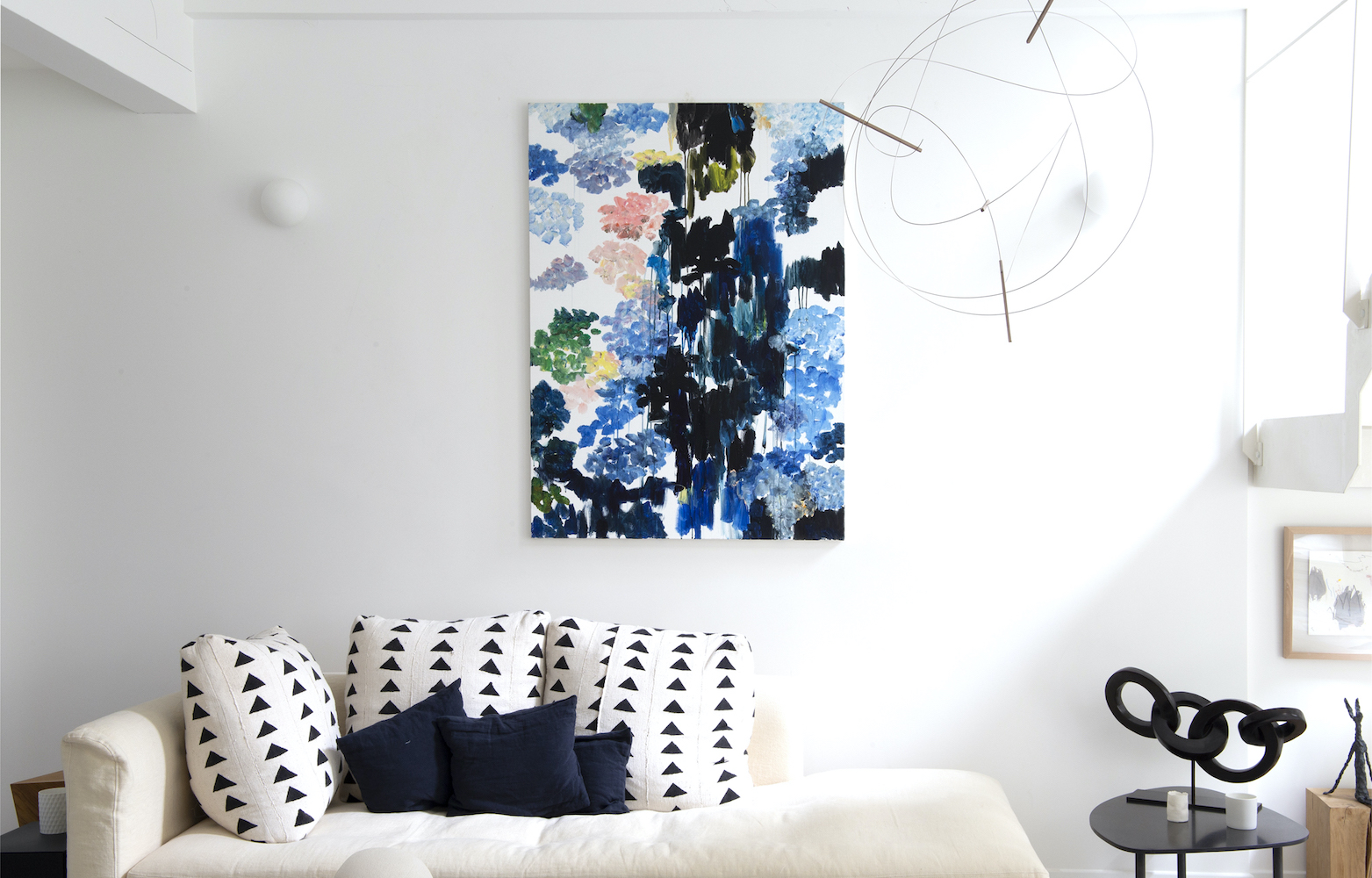 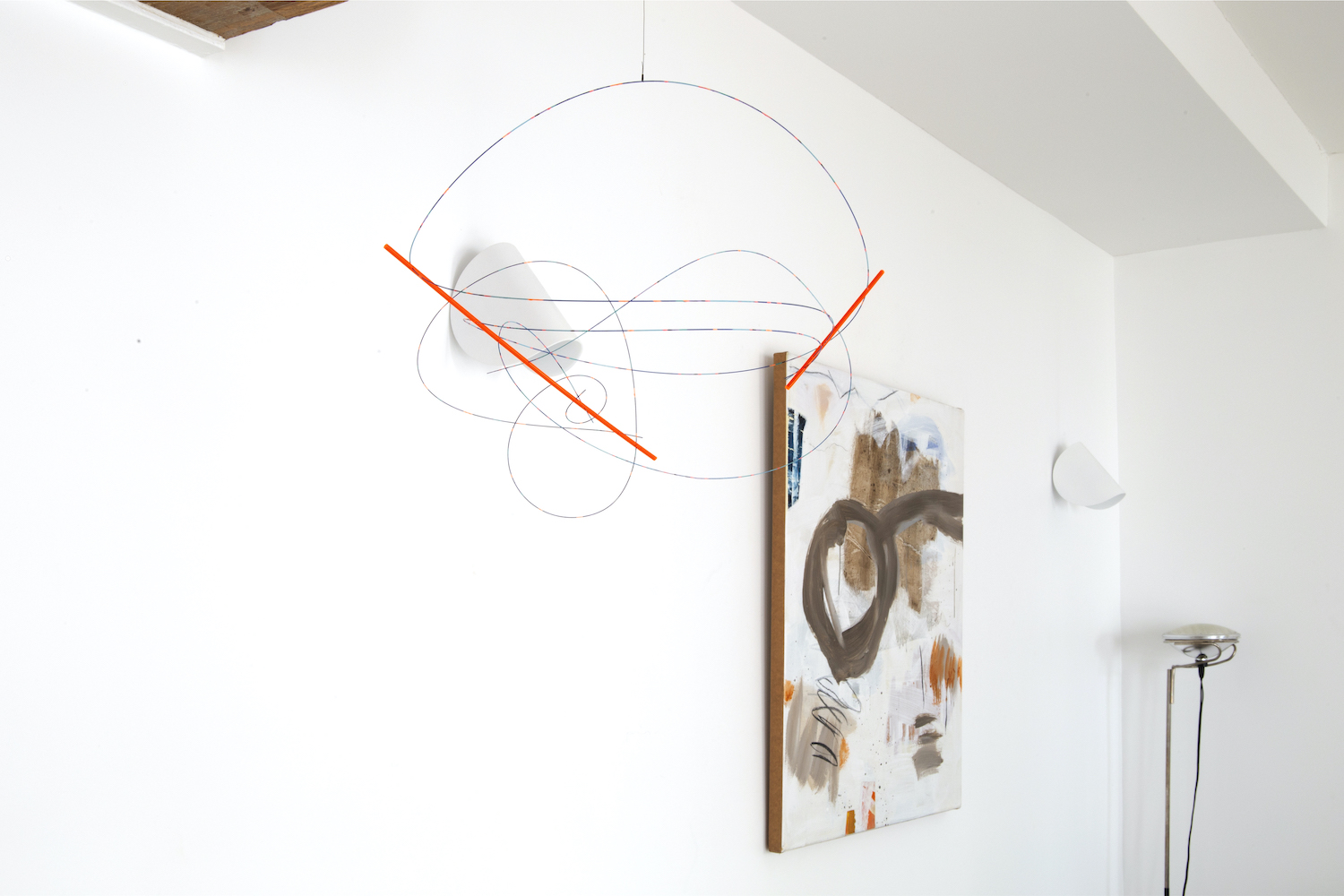 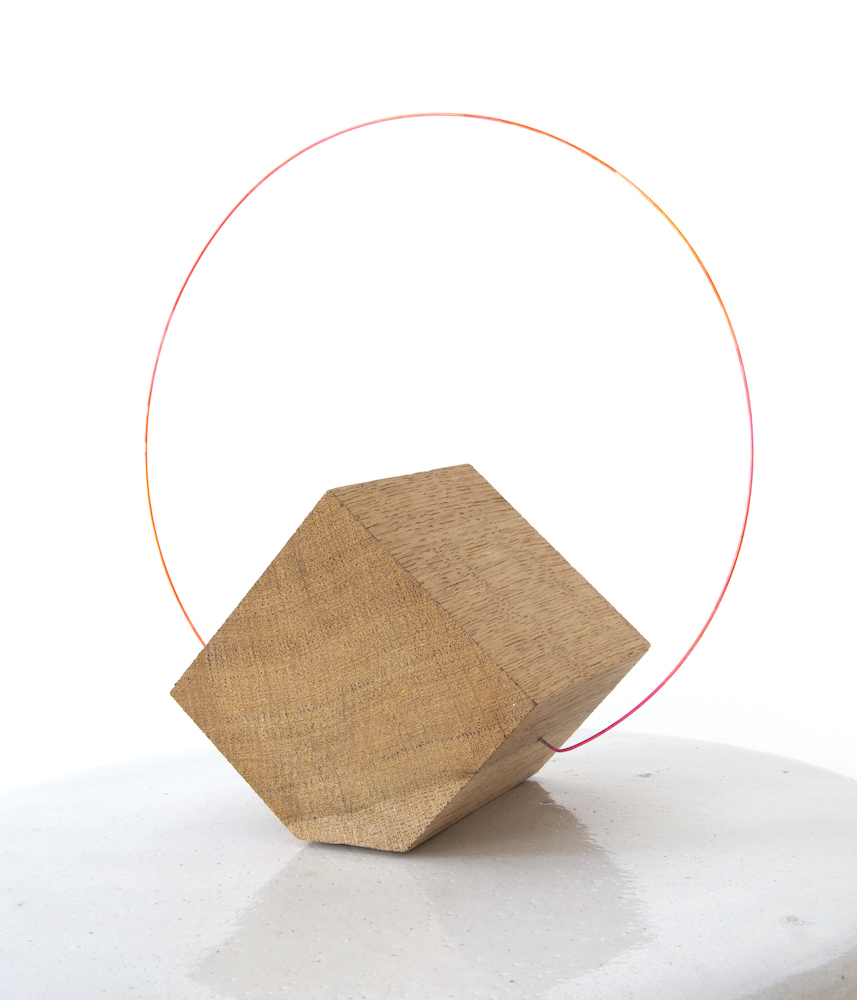 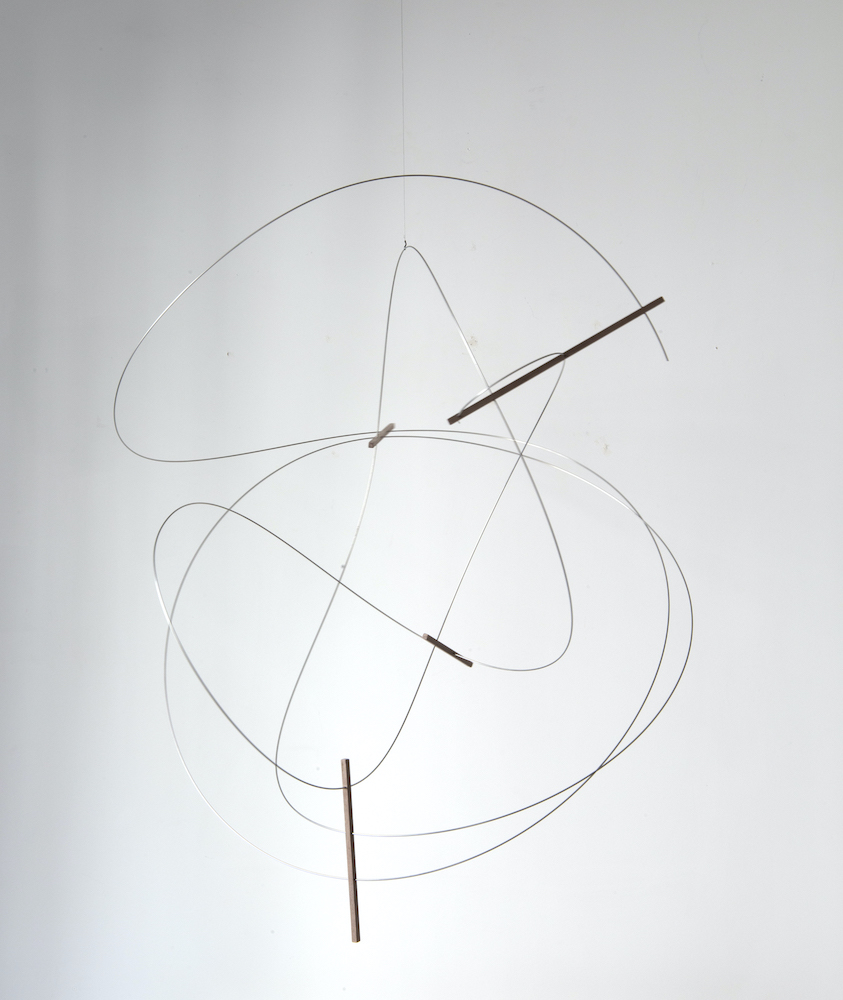 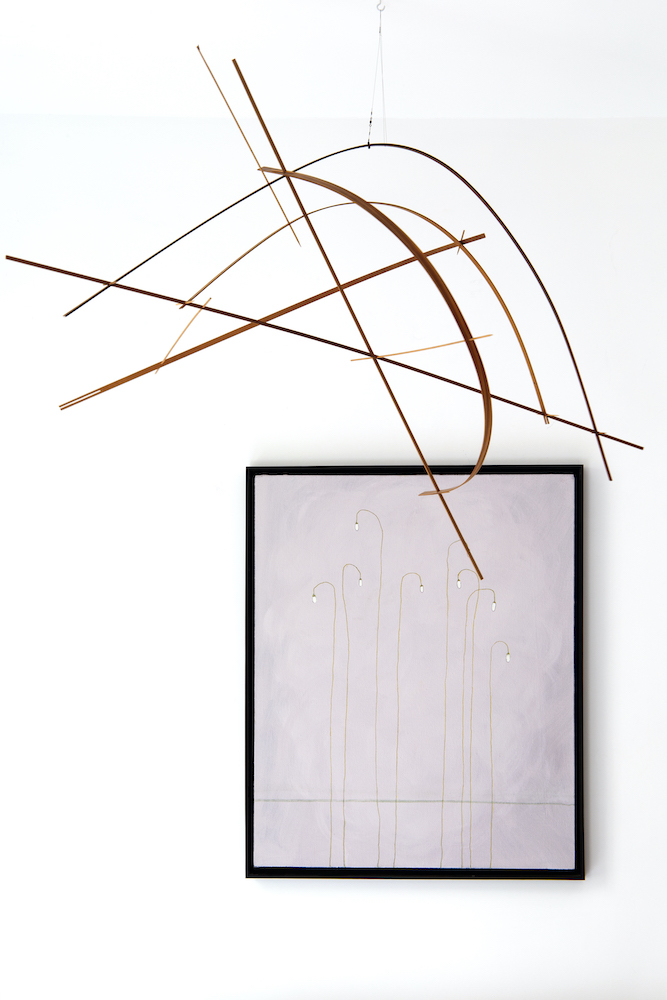 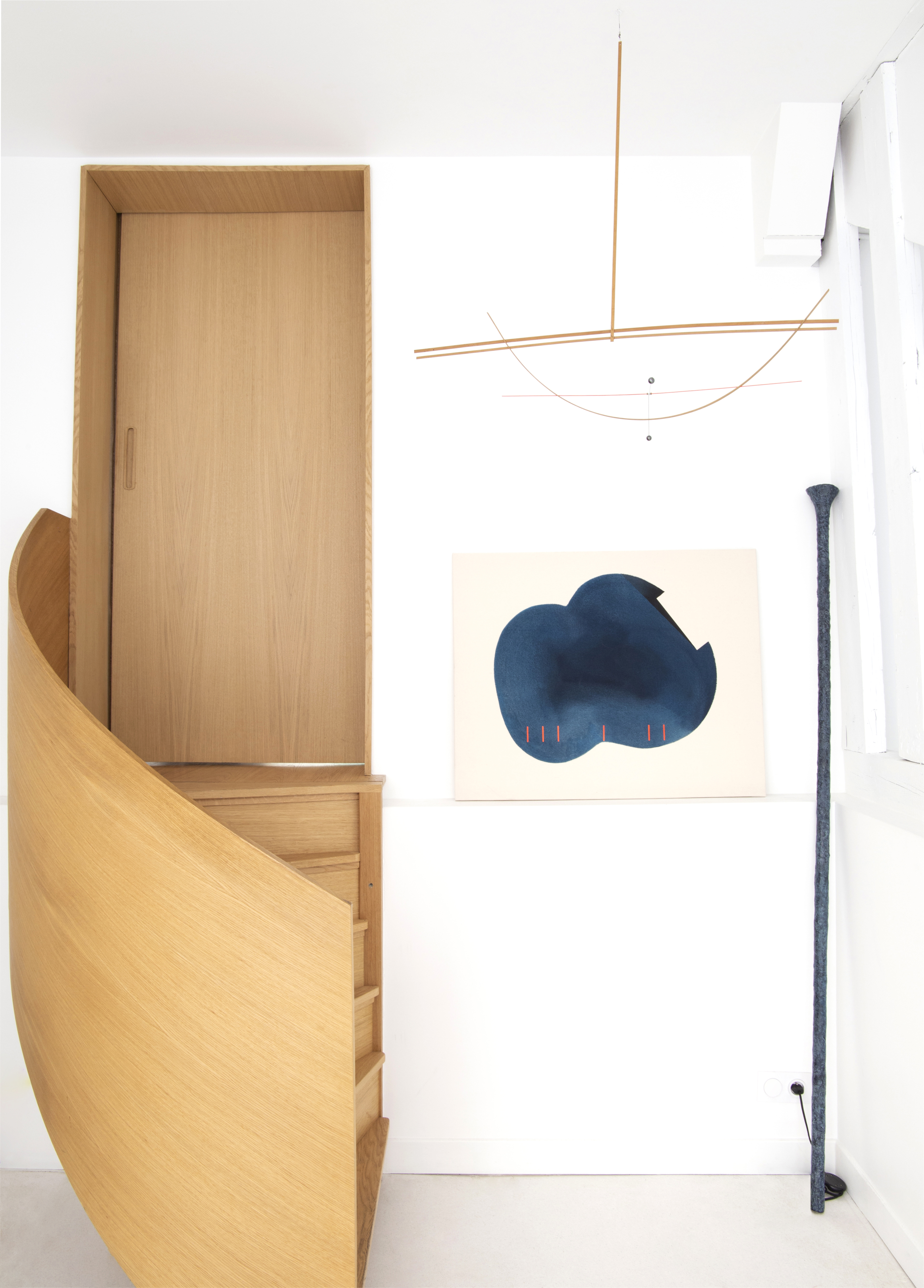 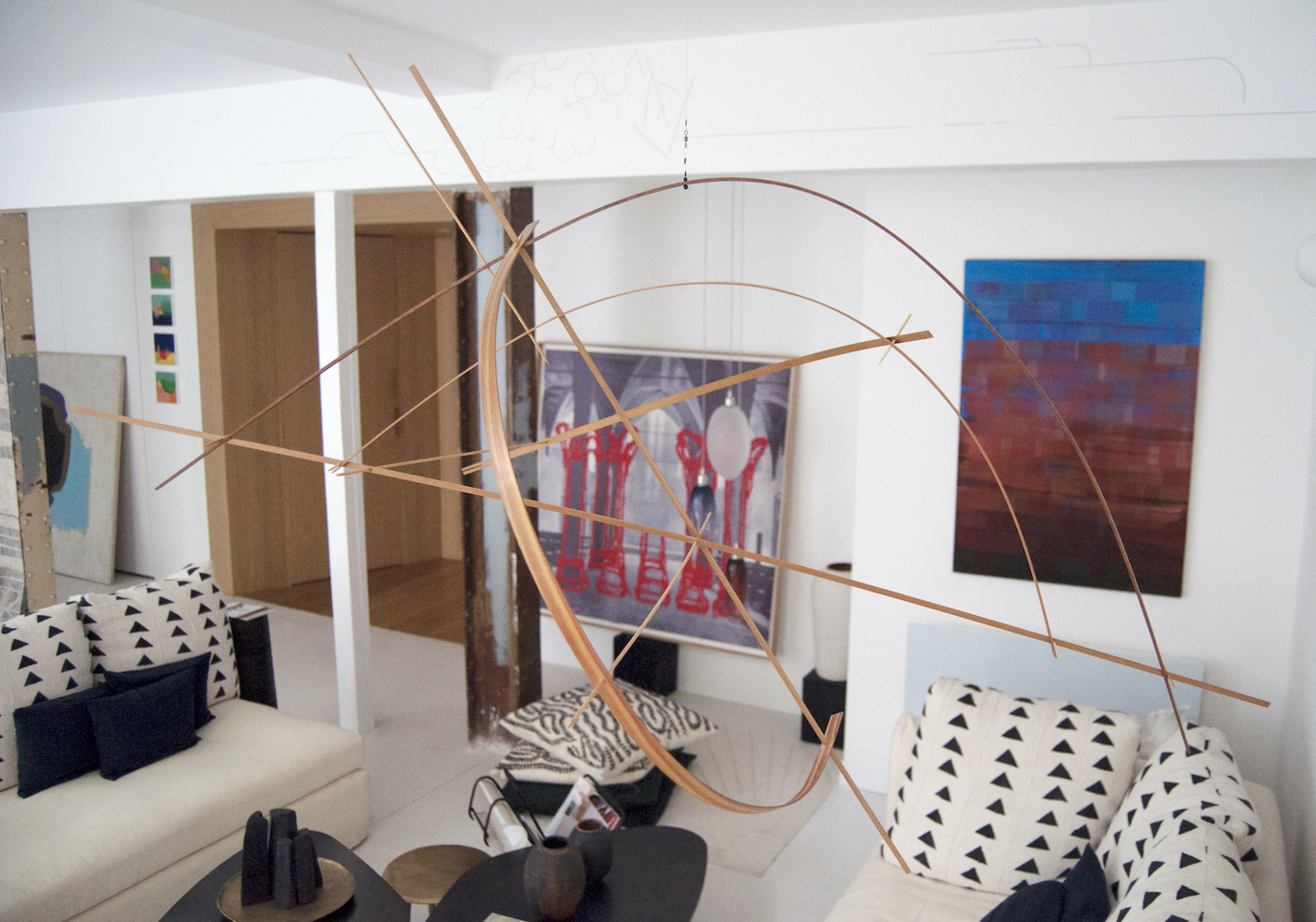 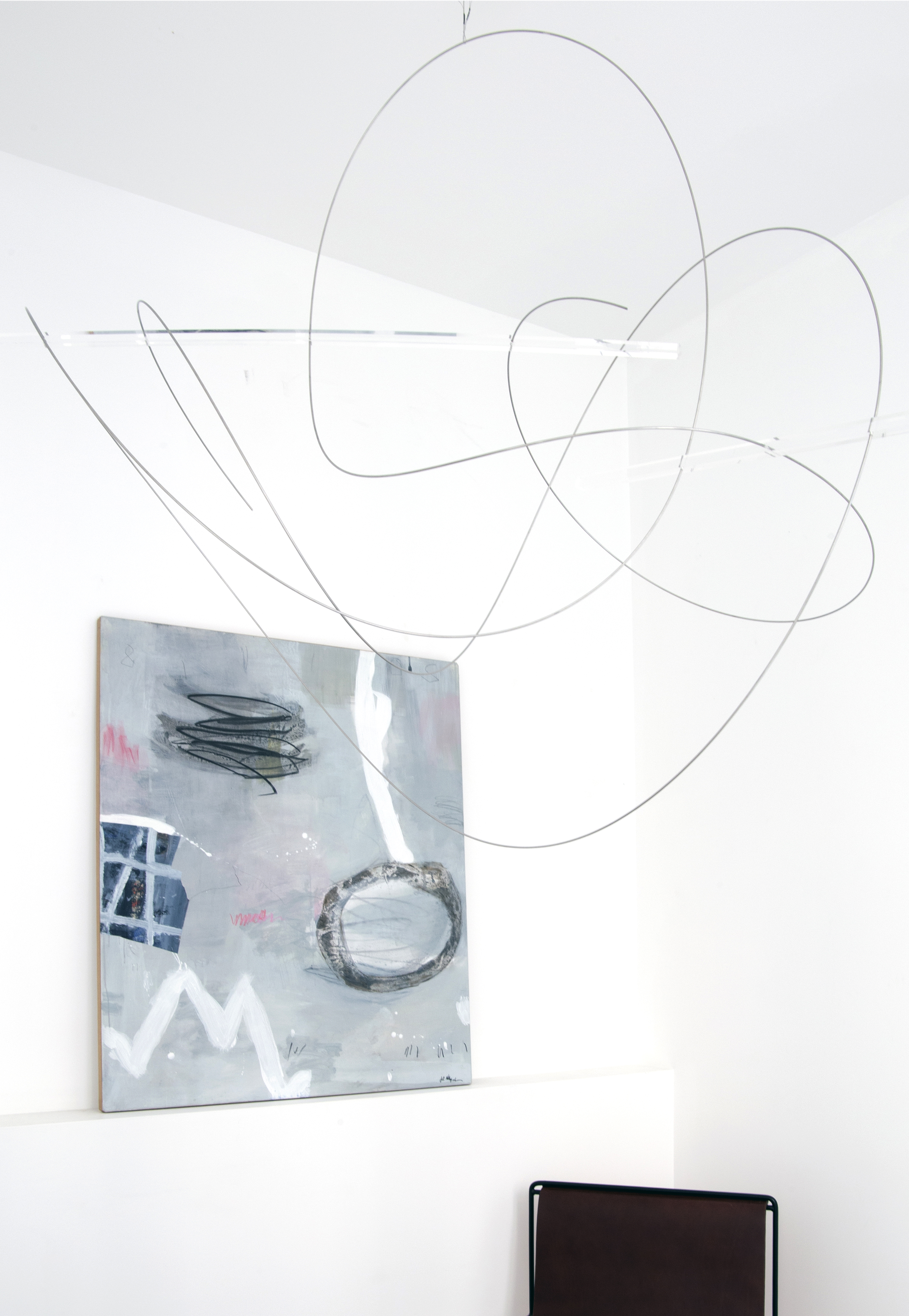 "The human body has been my main interest, I expressed it through drawing, modeling, photography, then the body as actor/tool, in performances in London, Angers and Paris from 1978 to 1987.

Afterwards, I enrolled in the LEM, Laboratoire d'Etudes sur le Mouvement at the Ecole Jacques Lecoq in Paris, and these two years of experimentation determined my artistic research based on structures that became the extension of the body in movement in space.

Since then, I question the balance on the ground, in suspension and on the wall, I draw and play with the void, the air, the transparency, the shadow and the light. The dynamic relationship of the materials of my structures induces movement, creating a silent or sound space.

The creation of large structure allows me to imagine the possibility of creating new pieces on the scale of large private or public spaces."