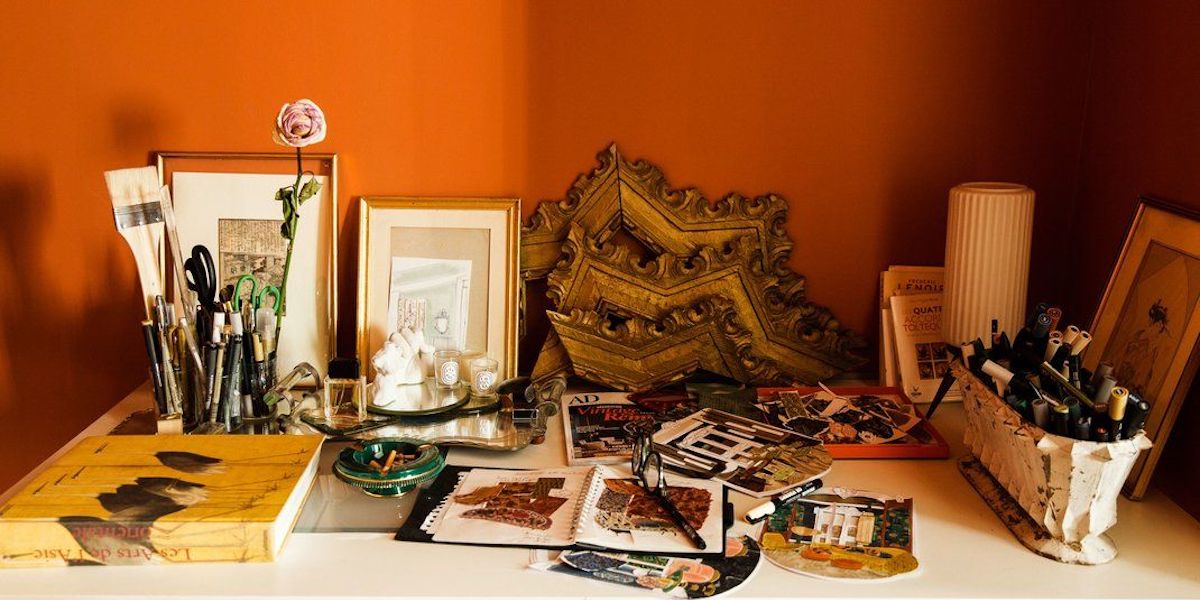 Self-taught and passionate about colors, Victor Cadene has seduced the world of decoration with his meticulous and enchanting collages. We discover, as if projected in elegant dollhouses, interiors crossed by the history of decorative styles that the artist mixes as he pleases. Gaudí crossed paths with the Nabis, while the Flandrin brothers, painters who created the decorations for the Saint-Germain-des-Prés church, conversed with the set designer and costume creator Christian Bérard. Spotted by Hermès, who commissioned him to create window displays in 2018, the young virtuoso is multiplying his collaborations with Diptyque, the carpet manufacturer Pinton and the Mériguet-Carrère workshop. His projects? To open a place for artists' residencies near Fontainebleau and to offer decorative panels depicting his world in large format.

He draws instinctively around some chromatic vibration ... In his paper scenographies, a little theater of a dream daily, he imagines miniature and baroque architectures where opulent patterns and colors reign supreme. Each element is drawn by hand before being cut with a scalpel then refined, retouched, laid, glued, touched to reach the perfection of the moment. The paper then takes shape in the form of successive layers seeking concordance, time suspended and the capture of a dream come true of paper. An intuitive, spontaneous and ornamental work, which borrows from the Decorative Arts out of a frame, which has become, under Victor's pencil, a signature format. The drawing then becomes the model and comes to life in decorative settings; it is transformed into wallpapers, fabrics and dreamlike scenographies, like his collaborations for the Parisian windows of Shang Xia or with his series of exclusive illustrations for the Diptyque house. 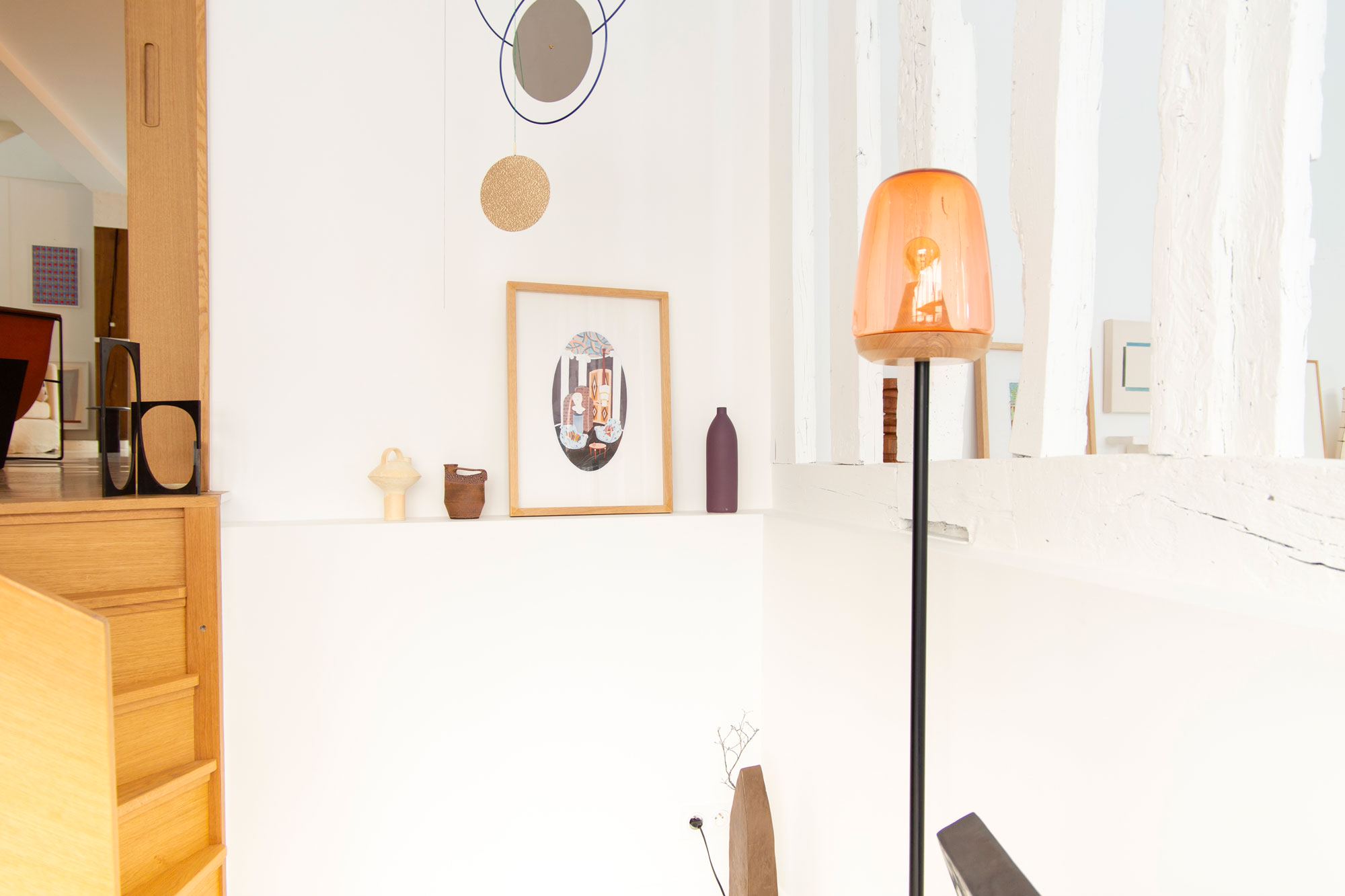 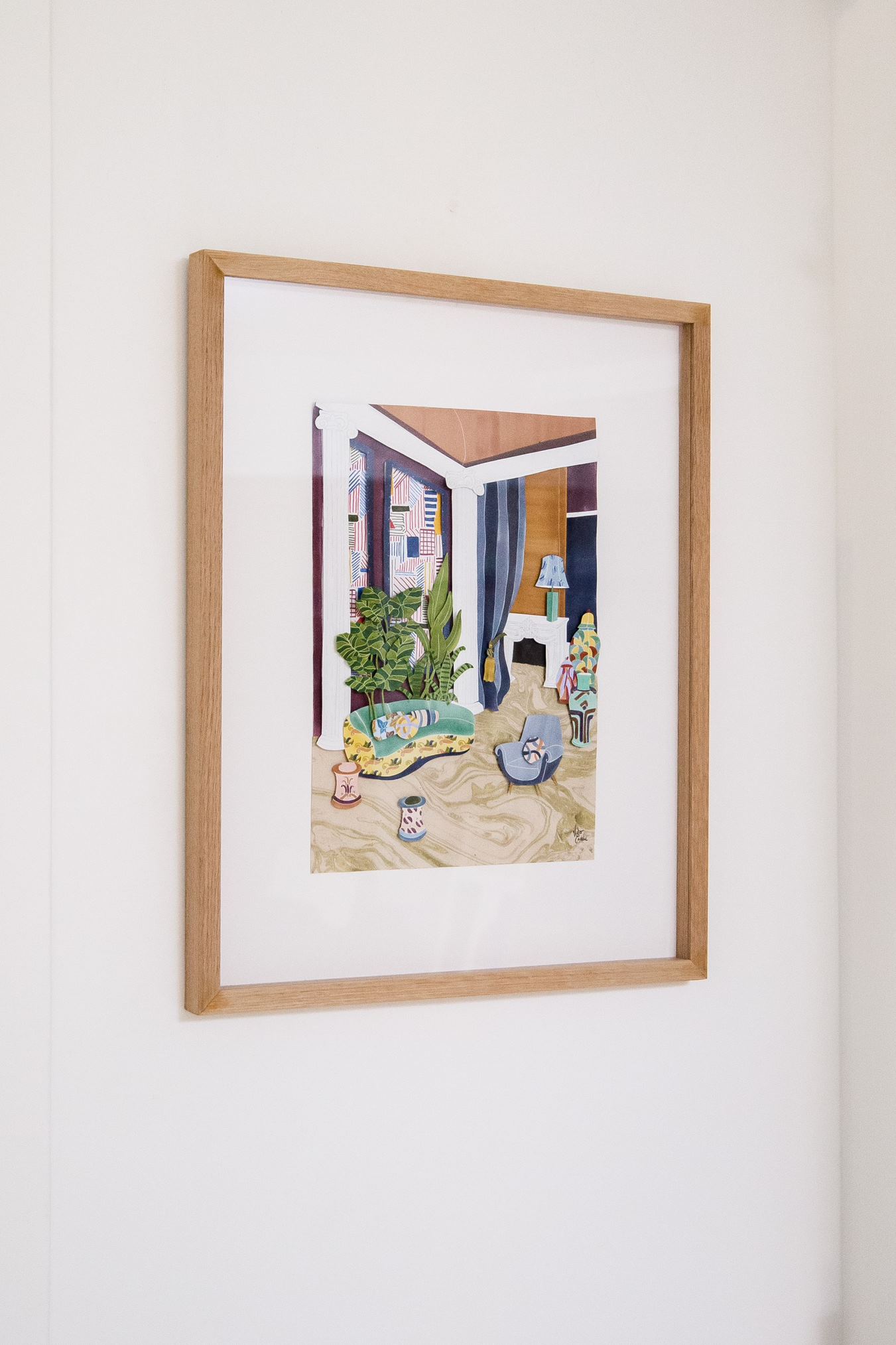 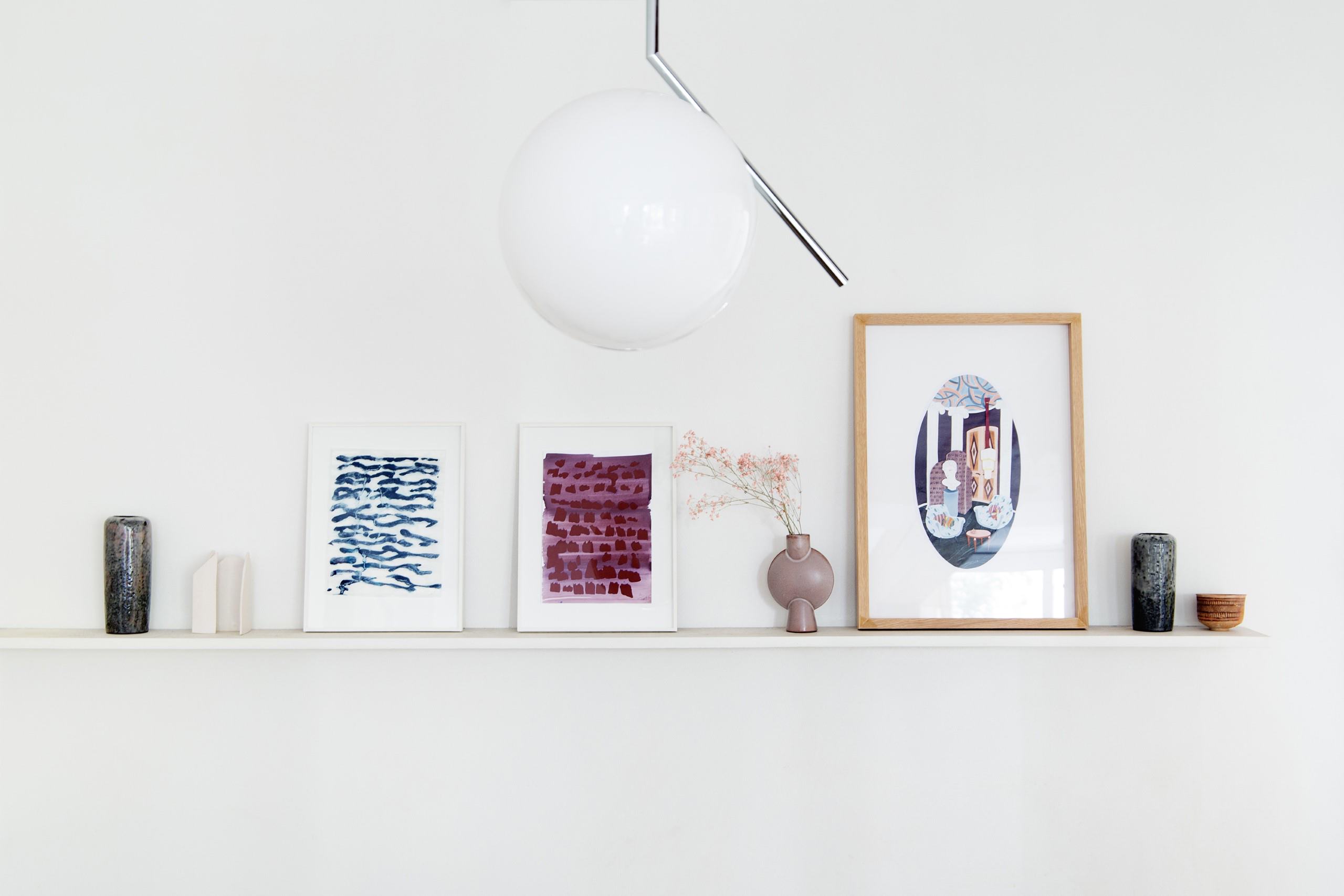 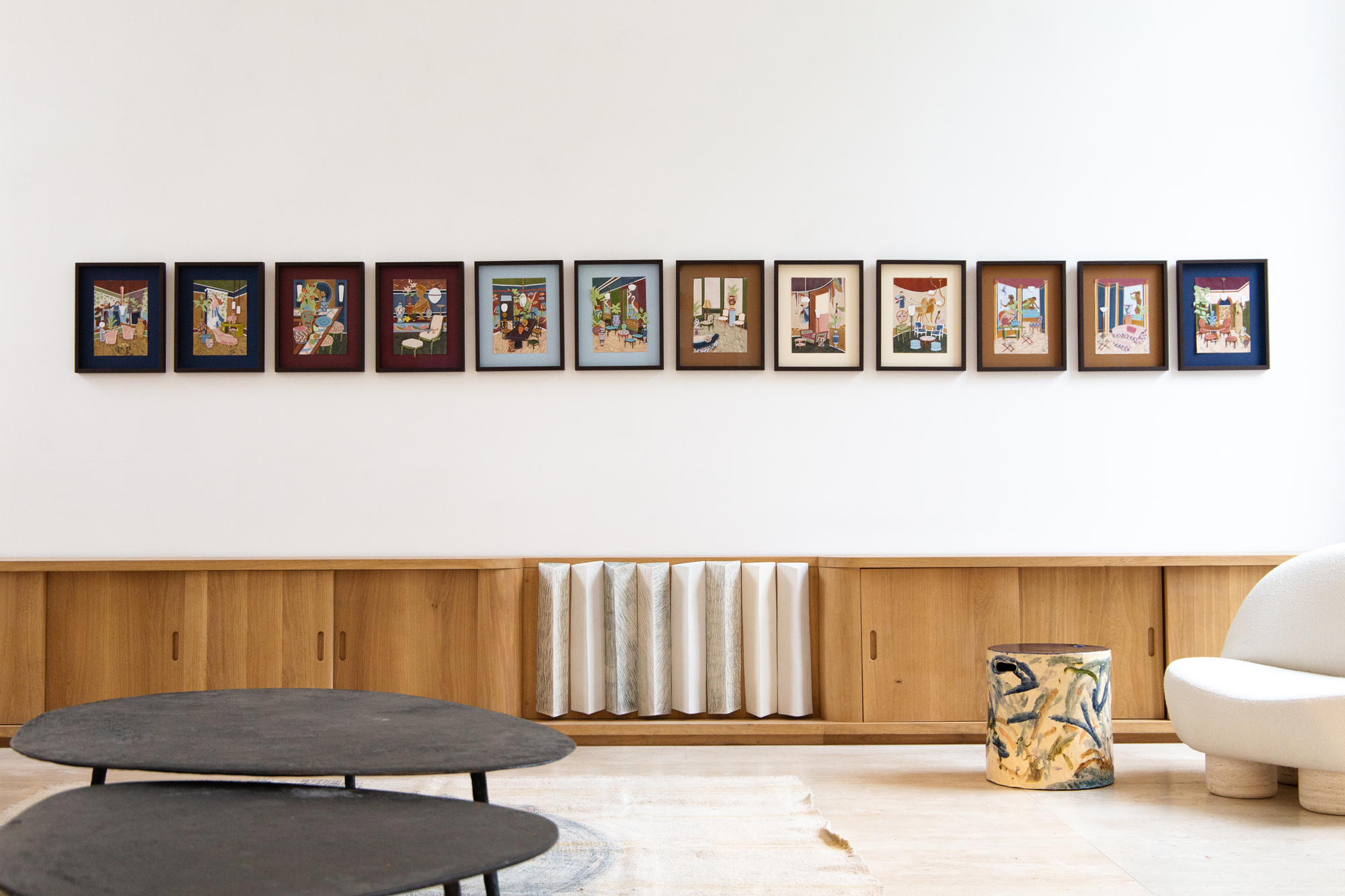 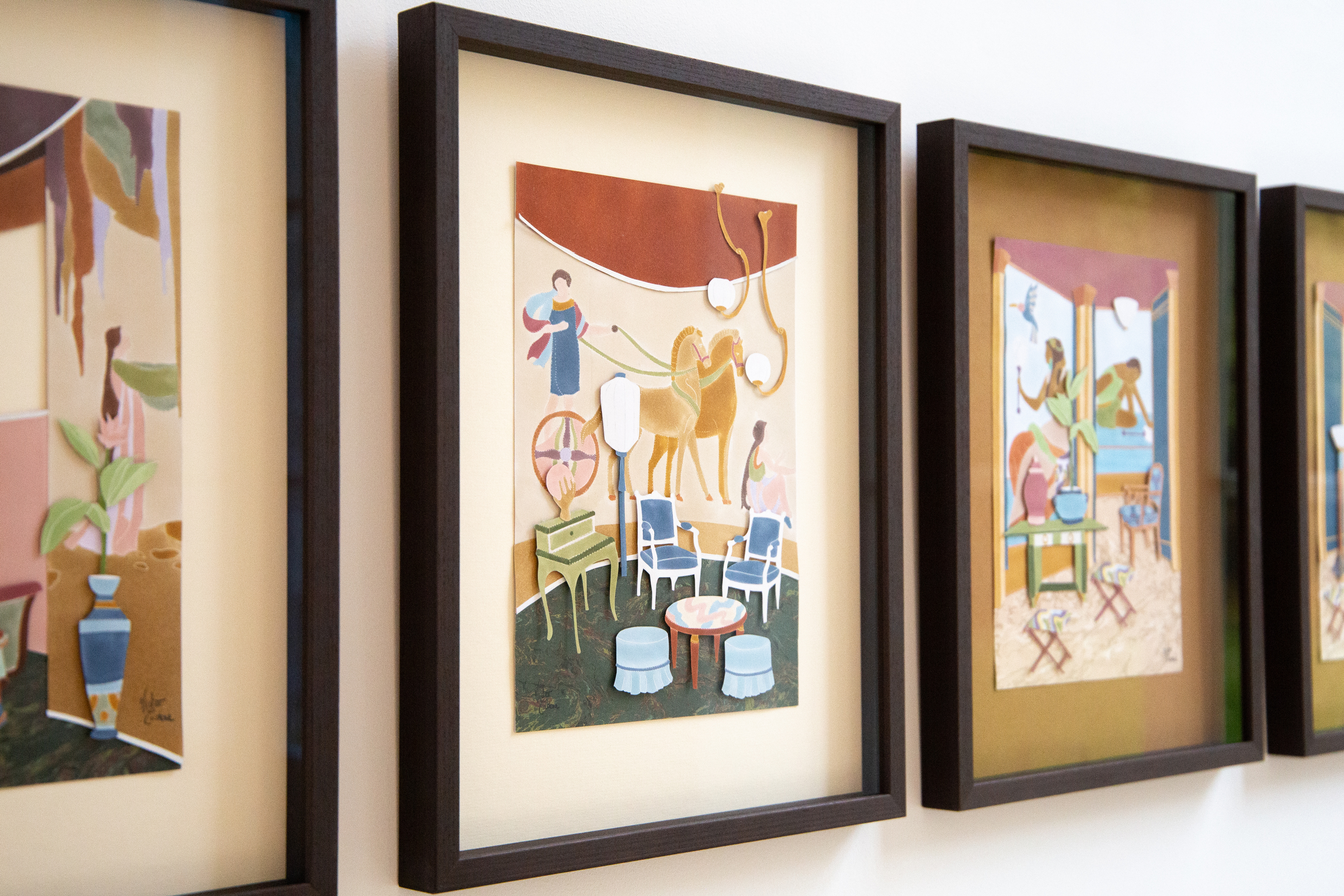 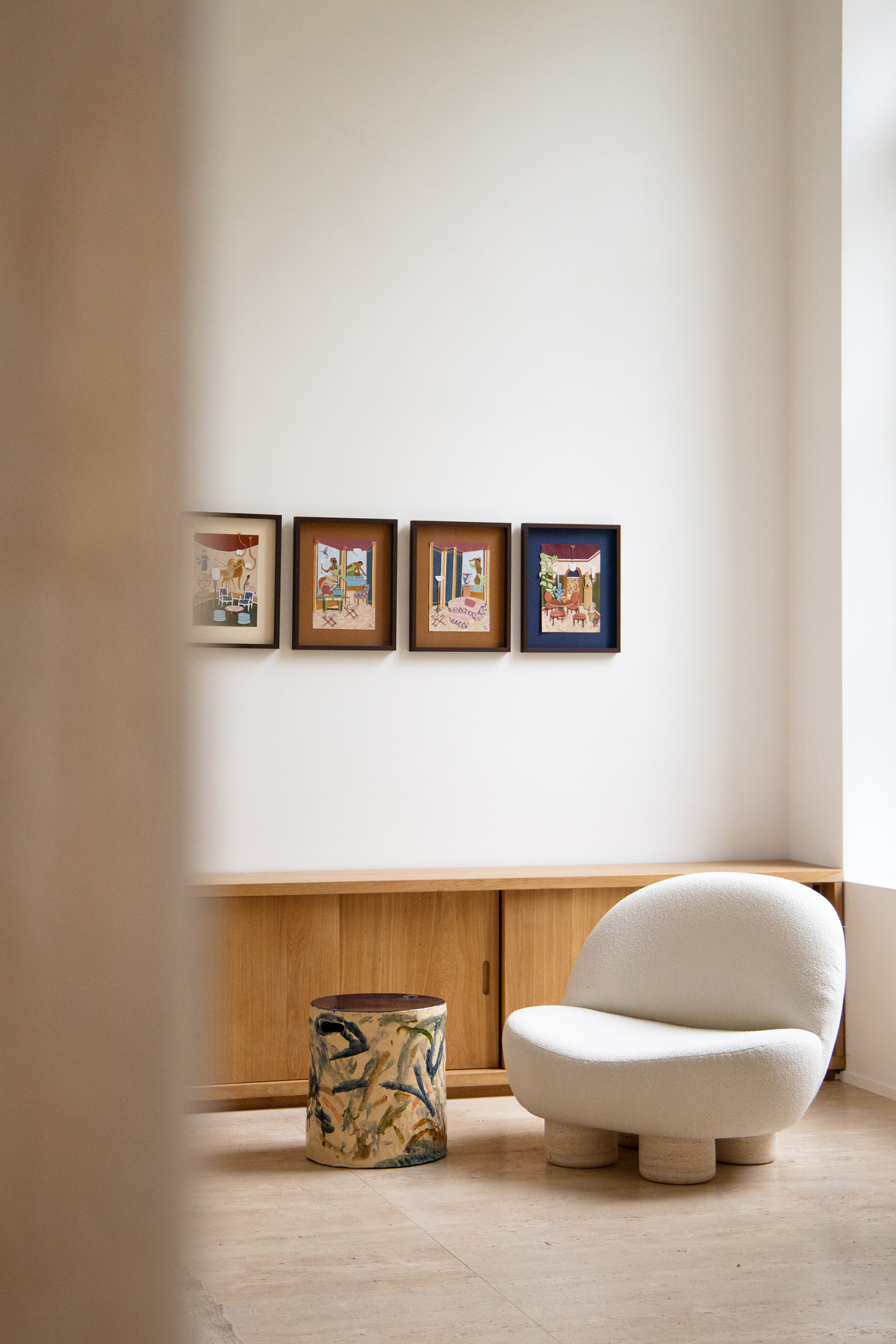 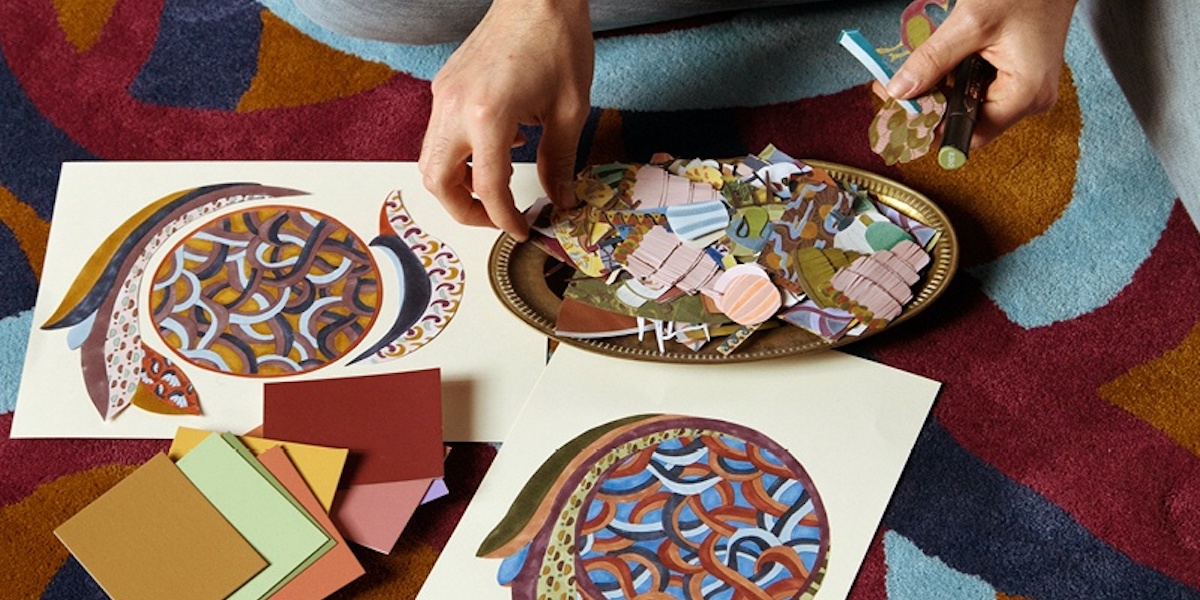 2017
Creation of a creative studio.

2018
Development of a house in London.

Creation of a series of eight display cases for the Shang Xia by Hermès brand.
Participation in FIAC, presentation of a diptych at the Private Choice gallery.

Creation of 8 paintings for the Café Royal London hotel, commissioned by Atelier 27

Creation of a series of 12 exclusive illustrations for sale in Diptyque stores.

Scenography and layout of the Palermuno gallery in Milan as part of the Furniture Fair.

Creation of a series of advertisements and five showcases for the brand Le lit national, place du Trocadéro.

Opening window for the Grand Bazaar of Diptyque project

Creation of a fabric for the Thevenon house and Studio Marrant.

Creation of a series of rugs for the Pinton house.

Selected for the Michael Angelo Foundation