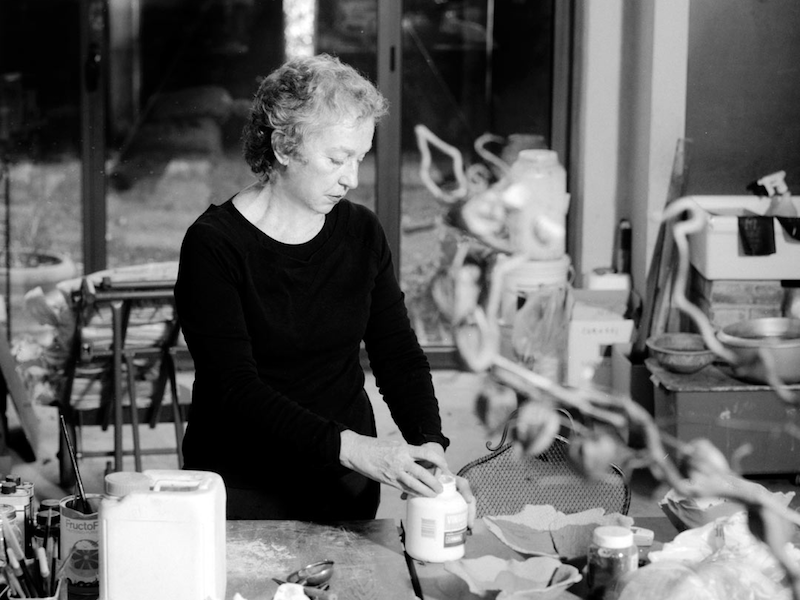 Maria Cristina Carlini began to work with ceramics in Palo Alto, California, and approached the New Ceramics artistic movement; after that she expressed herself using different materials, such as stoneware, iron, corten steel, wood and resin. Her artistic career includes solo and group exhibitions in various public and private international venues and her works are on permanent display in important cities of Europe, America and Asia. On the occasion of Expo 2015 the monumental sculpture La nuova città che sale, presented by Philippe Daverio, is permanently installed at Fiera Milano Rho (Italy).