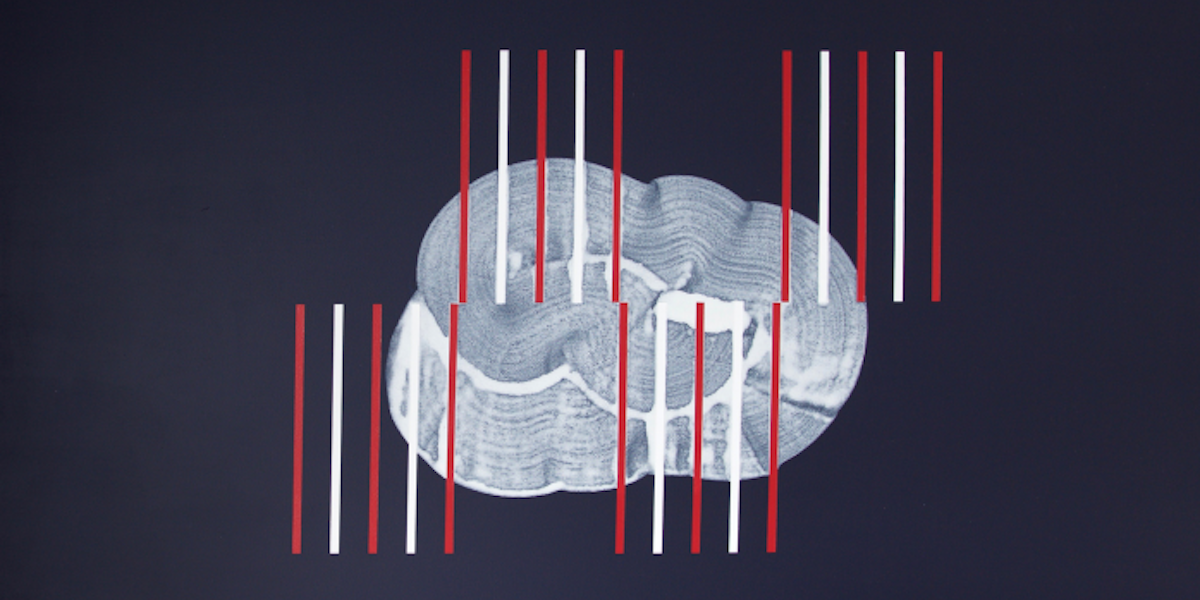 His pictorial work seeks to question the imprint of Man on Nature, nonverbal communication systems and more broadly the relationship between Man, Nature and Datas in the current context of technological innovation.

Thus in the series of Lakes water is no longer an element but the symbol of Nature, the architecture marks the presence of Man and features illustrate the world of data. He juxtaposes these entities by using for each a singular pictorial language in order to better question their cohabitation.

In his research in object design he favors existing materials with low ecological impact (such as raw earth) or infinitely recyclable (like aluminum). It is this preexisting material that will inspire it to create singular objects with strong visual impact for a low environmental cost.

Marked by his homeland, Ludovic FALEDAM never stops expressing his attachment to this raw and pure nature that coexists with his projections of a modern world in transformation. 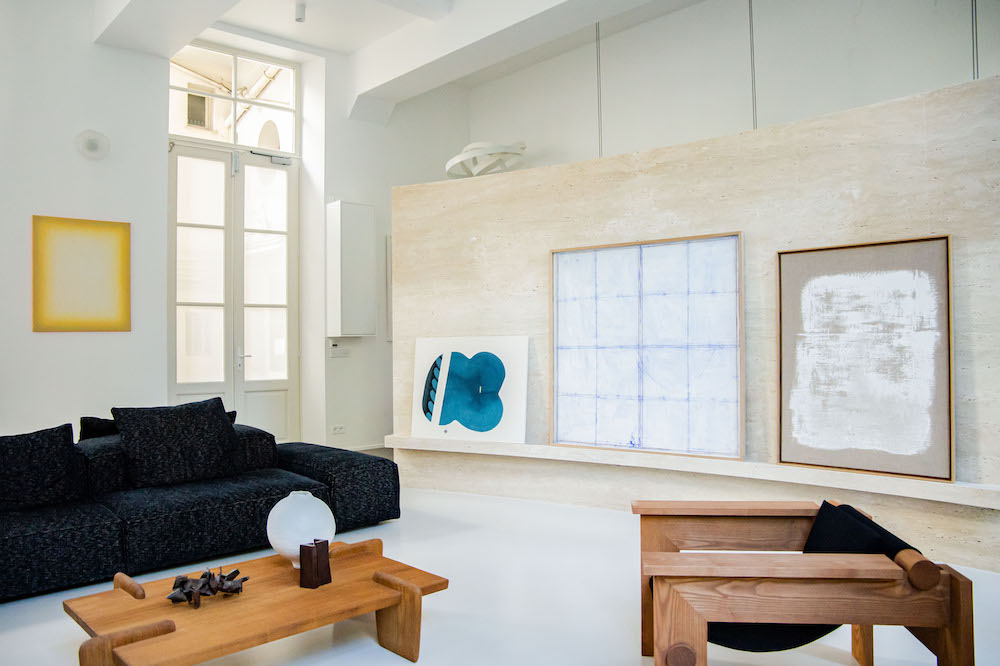 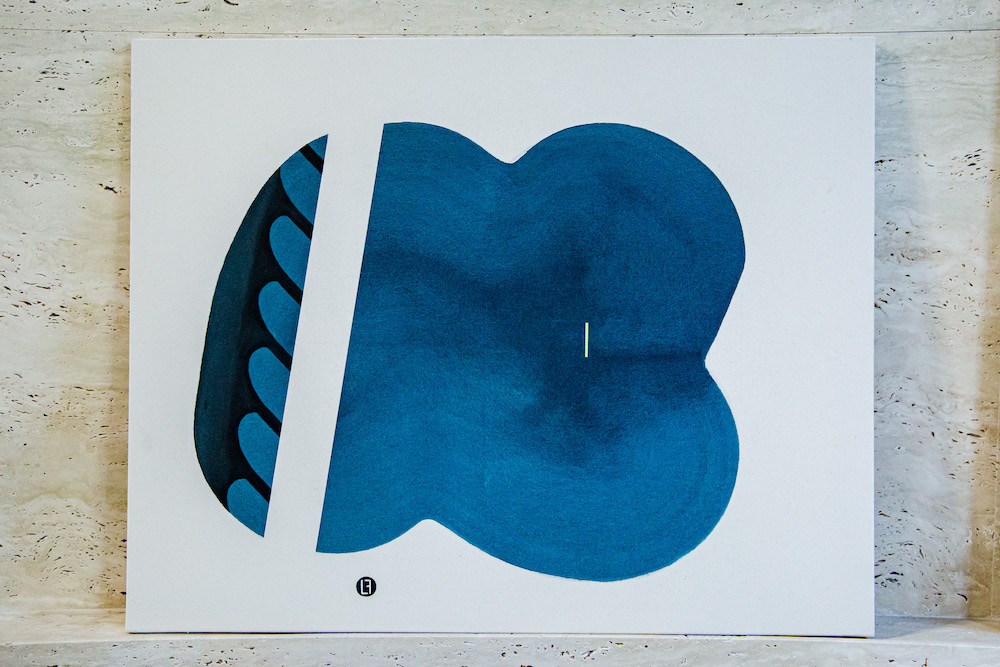 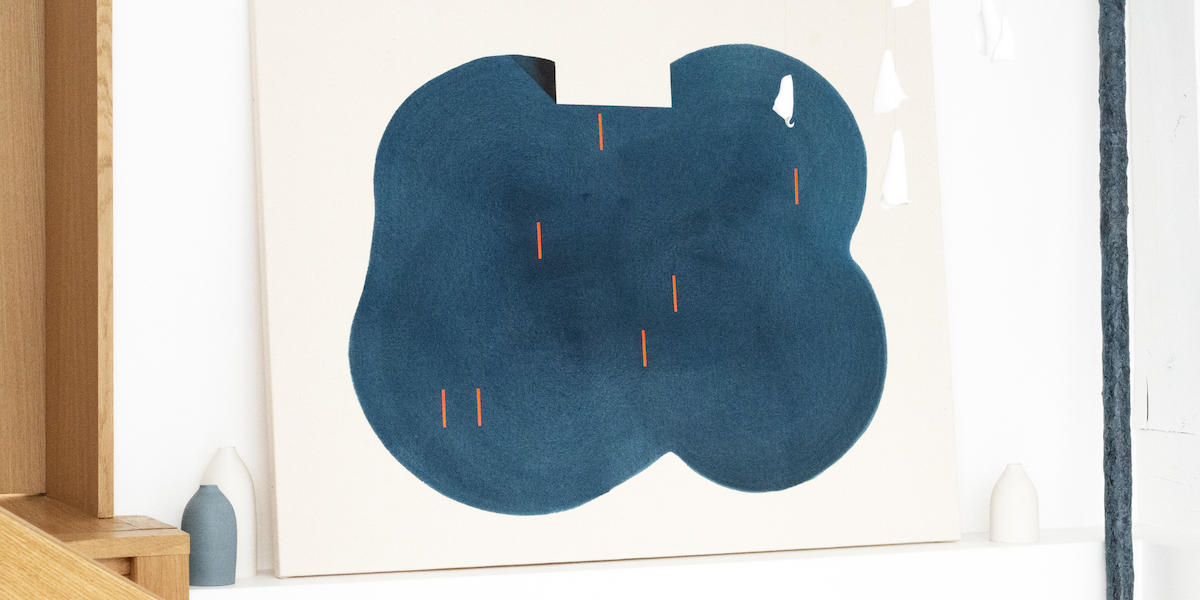 Born in French Guiana in a Franco-Vietnamese family, Ludovic FALEDAM grew up surrounded by artists. From costumes to scenery to staging, the live performance punctuates his childhood and he goes on stage at the age of six. After an idyllic youth in the middle of a luxuriant nature, go to Paris and the Ateliers de Sèvres for artistic studies!

He joined the National School of Applied Arts and Crafts (Olivier de Serres) in 2002 and chose to specialize in Space Design. After a BTS in 2005 and a DSAA in 2007, he collaborated with a landscaping agency in Paris and Los Angeles but did not leave the world of entertainment and music so far: he wrote and composed a first EP in 2011 and a album in 2013 while making clips and scenographies for other French artists.

In 2014 he created the studio Barbadine Design with a first line of aerial luminaries "Cassiopeia" distributed notably by Sentou. He received the Green Line prize awarded by journalists to Salon Maison et Objet 2017 for the eco-design of his "Benchis" stools and his "Mi-Cuits" lamps are part of Francois Delclaux's What's New selection.