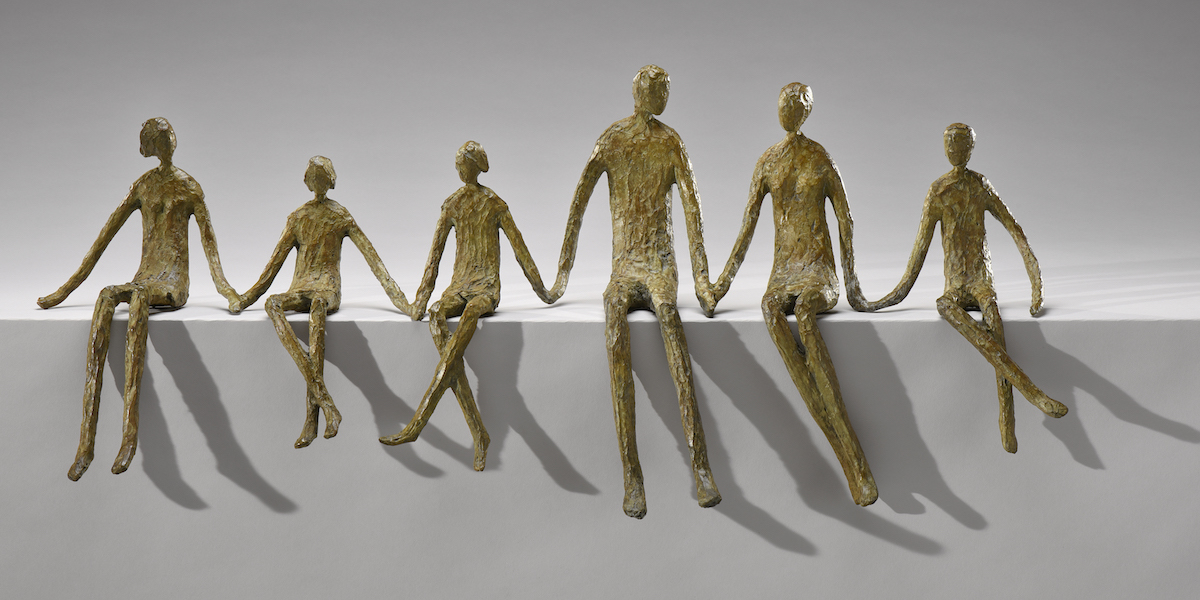 Women, children, men, couples or groups sometimes alone, meditating or chatting...these characters with simple and everyday attitudes, express life, relationships calm and serene human beings, a complicity nourished by the happiness of being with the other for a moment.

The bon is strong and fragile at the same time between these elogated bodies which are as if drawn upwards thanks to infinitely long legs , and these equally large arms which stnd, embrace, bind, forming sometimes lines sometimes circles.

Sylvie Derely performs here a complex exercise aimed at capturing and transcribing just and natural attitudes through emotion and movement. Her art has reached a degree of mastery that goes from the exact morphology, leaving room for a sleek and contemporary style.

She began her artistic life painting in the north of France in 1977. Self-taught, she eventually trained at the School of Fine Arts in Reims.

In the early 1980s, it is divided between watercolor and commisionned works for fabrics design. The discovery allows him to develop a work on the screens. The Accor group entrusted him with the decoration of the Novotel rooms for which she produced lithographs. In addition, major Parisian houses such as Guerlain, Renault and Rochas are using it to adorn their facades with giant frescoes. When she arrived in the Lyon area in the 1990s, she devotes herself entirely to sculpture.