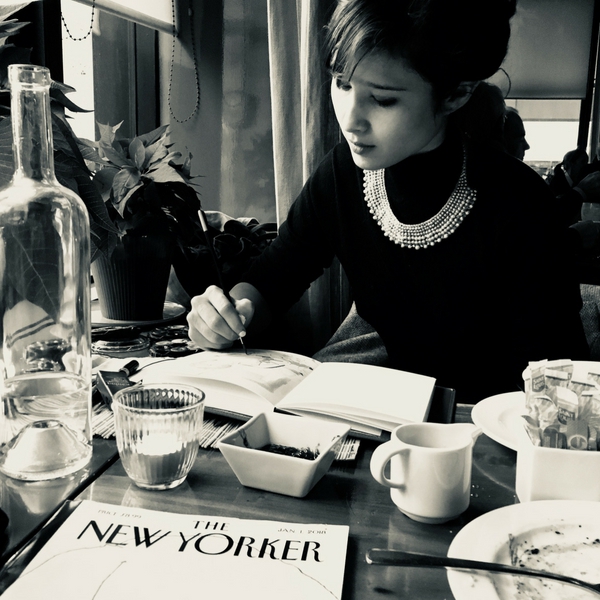 Yaya Chang is a Franco-American-Chinese artist, born in New-York and Hong Kong and now based in Paris (Belleville). Her works are inspired by his cultures, her houses and her multiple and sometimes contradictory personalities. Ariane, who works at Yaya, works with pastel, oil, acrylic, watercolor and ink. The focus has recently been on routine: art, for her, is the spontaneous bursting of the daily routine. she is self-taught, firm is the belief that you do not need a degree to create art.

Yaya signs her work with a "YA within a red square to signify a chinese stone chop. Several of her pieces are signed with a custom carved stop chop "YA" in red ink. The character zhang, written in the traditional form is her last name in mandarin. In all Chinese dialects, the last name is said first, hence "YA".

"The Whole is Greater Than the Sun of its Parts", Gaerie Nouvel Organon, Paris (January 2014)

"Shakespeare and Company, Paris: A History of the Rag & Bone Shop of the Heart", book launch and exhibition of contributors, Paris (September 2016)

Drawing of piano room of the bookshop. Published in Shakespeare and Company, Paris: A History of the Rag&Bone Shop of the Heart.